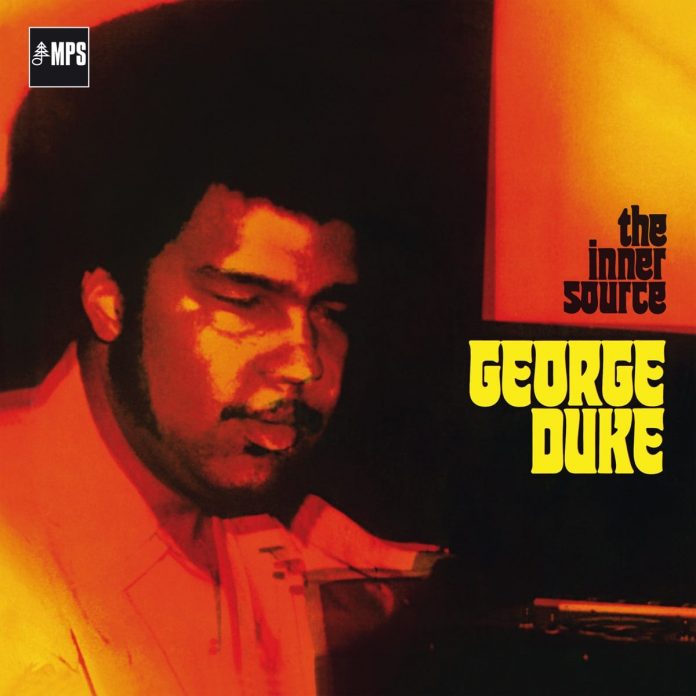 Originally released on the German record label MPS (for whom he would record a number of his early albums), this digital reissue of George Duke’s The Inner Source presents an interesting time in his career. Having joined Frank Zappa and The Mothers Of Invention in 1969, Duke then went on to join Cannonball Adderley in 1971, before rejoining Zappa and The Mothers and going on to be a part of the ensemble that created many of Zappa’s classic albums, such as The Grand Wazoo and Apostrophe (‘).

The Inner Source is made up of two albums, released as a double LP in 1973, one titled Solus and the other The Inner Source. Specific recording dates are unclear, but the recordings began in April 1971, after Duke had recorded Love, Sex, And The Zodiac with Cannonball Adderley and around the time that Adderley’s The Black Messiah and Music, You All were recorded, both featuring Duke.

Drawing on jazz-rock, funk, soul, traditional jazz and elements of Latin and experimental music, the tracks are full of improvisation. My Soul features congas from Armanda Peroza as well as a horn-section finale, whereas Manya is made up of electronic experimentation, syncopated sounds looping and fading in and out between dissonant, grating tones. John Heard, with whom Duke would record a number of his early albums, plays bass throughout – from the jazz-funk tracks like Feels So Good to the traditional-style tracks like Love Reborn and So There You Go, two of the tracks that features Duke on piano instead of Rhodes or Wurlitzer.

While Duke would go on to record more jazz-funk, introducing disco, pop and soul influences, and achieve more mainstream success in the late 70s and into the 80s, his earlier work is excellent in its own right. Released now on Apple Music, Spotify as well as several other online platforms, The Inner Source presents an interesting look at some of the formative work of one of jazz fusion’s key players.

May Okita: Art Of Life