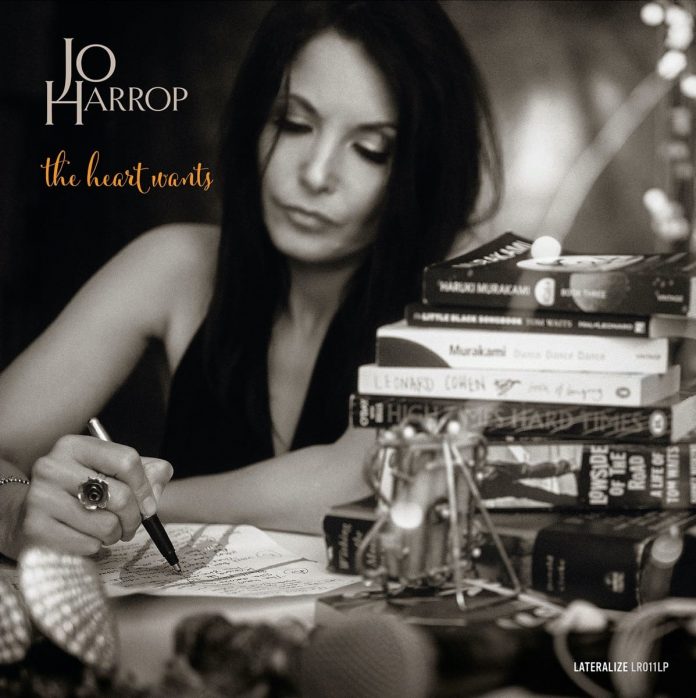 Like many people, the first time I heard Jo Harrop was her debut album, Weathering The Storm, last year. I thought it was marvellous, and still do. What I didn’t realise, until hearing this one, was her stylistic range.

Because Weathering The Storm was a collection of ballads, and she sang them with such warmth and understanding, I rather assumed that this was what she “did”. Then I found some appearances by her on YouTube etc and began to realise what a formidable artist she is. The Heart Wants brings this out in full.

It’s not a jazz album as such, but you’d have to be pretty hard-core to reject it on that account, especially with Christian McBride, Tony Kofi and Jason Rebello among the ever-changing line-up, 21 of them in all. It’s an album of her own making, something that could only take the shape it did by calling on the talents of musicians she admires and whose friendship she values.

More than half the songs here are originals, composed by one or more of them to match her own lyrics. They also handled the arrangements, production, engineering and mixing. No wonder the whole thing comes out as one single work, with plenty of surprises but everything perfectly in place.

Styles range from what the notes rather neatly characterise as “chamber pop” to soul, R&B and several species of swing, all peppered with great moments. One real show stopper is the duet version of Duke’s All Too Soon, between Harrop and McBride. Just voice and bass – nowhere to hide. Jason Rebello turns the heat up whenever he appears, notably in one of the originals, Red Mary Janes And A Brand New Hat. This is such a joyous, uplifting piece that it deserves a long and happy after-life. And I love the moment in the title number when trumpeter Andy Davies pops up sounding for all the world like the ghost of Roy Eldridge.

You may have gathered by now that I have enjoyed this album. I’ll leave you to find your own favourite bits.

John Adcock - 10 February 2020
Playing Gershwin And Rantala might be a more appropriate title for this album as almost half of the programme includes some of the Finnish pianist’s own compositions. Enthusiasts will...