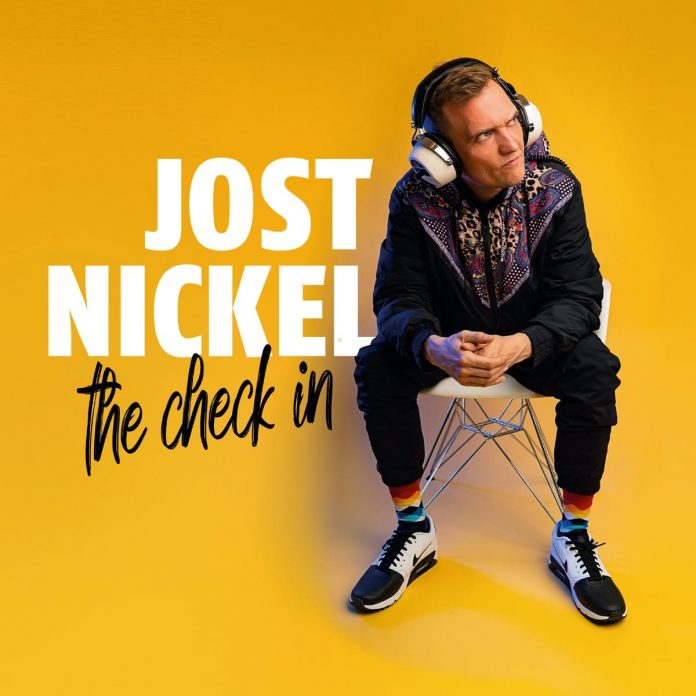 Is it me or are albums getting shorter these days? This one by the German top tour and session drummer Jost Nickel is 44 minutes in length but seems about right given that this was the average duration of LPs in the 1960s and 70s before it became the obligatory to cram everything into a CD’s 79-minute capacity, including the kitchen sink. The adjunctive characteristic of Covid-19 is of course that musicians have to “phone in” their parts so presumably this album’s title is not an arbitrary one.

Nickel cut his teeth playing with the jazz-rock quartet Matalex, recording three albums with them between 1996 and 2002. Since 2006 he’s been the drummer with Disko No. 1. As a sideman he’s played with some of jazz’s busiest musicians including Randy Brecker, Bob Mintzer, Mitch Forman, Barry Finnerty, Jimmy Haslip and Jeff Lorber, the last three making significant appearances on this album. In addition to playing, Nickel teaches at Hamburg School of Music and has written three highly regarded textbooks on drumming technique.

It was the coronavirus pandemic that afforded the ever-busy Nickel the opportunity to record his debut record. It was after jam sessions with guitarist Dirk Berger and bassist Mark Smith that Nickel began to compose the tunes heard on the album. These are mainly co-composed along with either Berger and Smith or Ali Busse and Marcus Bak.

The overarching vibe on The Check In is unashamedly funk jazz. A couple of tracks with quirky spoken, sample-like voices invoke mid-to late 1970s Frank Zappa in the era when George Duke was driving the keyboards in the Zappa ensemble. But there are some rewardingly serpentine arrangements to be found here including the the title track and the standout Cookies. Taken as a whole, the album is consistently pleasing with no indulgent drums solos and no fillers. This is all meaty stuff and wholly listenable.

Ian Lomax - 06 June 2021
Tower Of Power. What a band and what a name! Founded in 1968 by saxophonists Emilio Castillo and Stephen “Doc” Kupka, the band were originally named The Motowns. It...