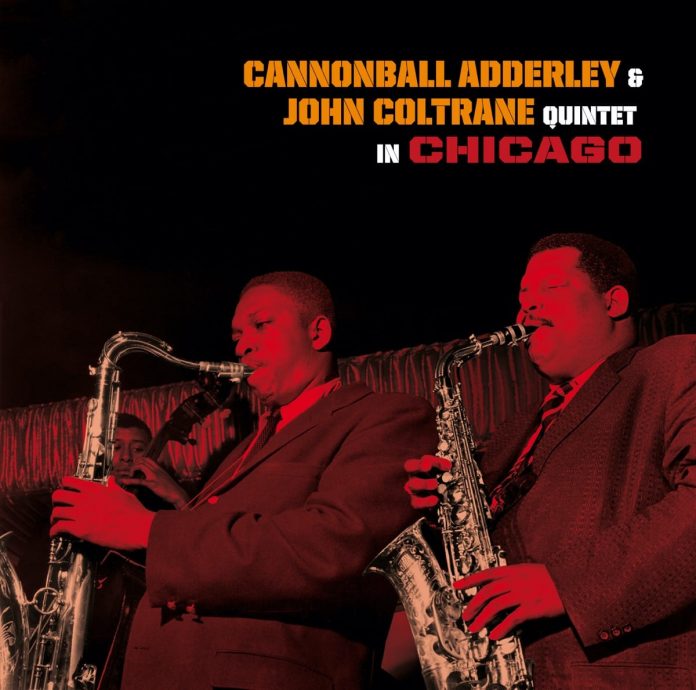 Miles Davis was a most demanding leader, but he never told his individual musicians how to play. He picked men with strong musical personalities upon whom he could rely to develop their own characters. Here’s his 1959 band, recorded when Miles was elsewhere.

Trane and Cannonball both grasp this unusual freedom gladly and their work here gives results that befit such giants. The opening Limehouse Blues is packed with power, the opening solo by Cannonball packed with lightning eloquence. Trane follows and isn’t as coherent, perhaps because he is by nature more sombre than his bubbling companion. The rhythm section also relish their day out, joining in the universal relaxation.

Cannonball is in every sense the leader. Regardless of whose band it might be, you’ll look hard to find a better session by contemporary musicians, and the album gives a more valid picture of the altoist than did many of his more formal albums. My dear friend Jack Tracy recounts in his vivid sleeve note that Cannonball was something of a nervous wreck when he came to the session, having suffered chronic insomnia for some time. You’d never know it.

This is a most fetching picture of Miles’s band with uncombed hair, with the usually uncelebrated Kelly giving a typically brilliant performance throughout, typically skilful on Wabash. But that’s not fair, because everyone found new highs. Coltrane is particularly declamatory on his own Grand Central, where Kelly shines again. The “bonus” album, Cannonball Takes Charge (tracks 7-13) is more of the same with the level never flagging.

I reviewed the first album In Chicago (1-6) when it appeared on Masterworks 21347, which was paired with a nice Coltrane album with Tadd Dameron.

Dave Jones - 26 May 2021
This album brings to mind the influence that a band like Steps Ahead has had on the way that contemporary jazz can sound, some 40 years later, although current-day...