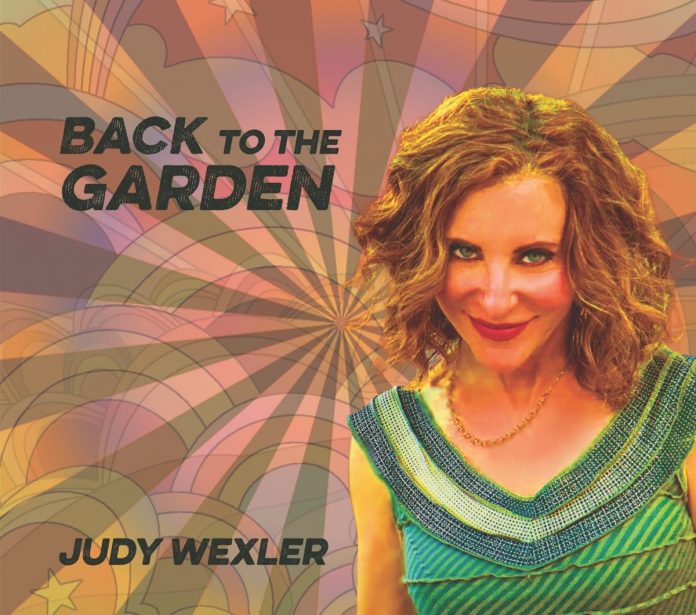 Unusually for this fine singer, the set list on this, her sixth album, draws neither on the jazz repertoire nor the Great American Songbook. Instead, Judy Wexler has selected pop songs from the 1960s, but in her performance steers them skilfully into jazz territory.

As in other decades, matters of fundamental concern were the subject of some pop songs, spotlighting anti-war protests, racial injustice, the advent of feminism and widespread disillusion that was always tinged with hope that change was in the air. But that was then and this is now, so why has Wexler chosen these songs? Because, as she says, “fifty years later, we’re still struggling with those issues and more”.

Wexler’s interpretations are buoyed by the core quartet of Jeff Colella, Larry Koonse, Gabe Davis and Steve Hass, who are joined on four tracks by Bob Thiele Jr., and there are some good piano and guitar solos. On four tracks, one or more of the five string players appear and this collective instrumentation allows arranger Colella to present the singer with interesting variations in the ensemble sound.

Mostly, the songs are taken at a relaxed tempo with some lightly swinging moments hinting at Latin influence. Wexler has chosen songs by Joni Mitchell (Big Yellow Taxi), Paul Simon (American Tune), Fred Neil (Everybody’s Talkin’), Judy Collins (Since You’ve Asked), Bob Dylan (The Times They Are A-Changin’ and Forever Young), Sandy Denny (Who Knows Where The Time Goes) and Gerry Goffin-Carole King (Up On The Roof). All of these are familiar and Wexler’s interpretations are particularly pleasing because she not only turns them into fluid jazz songs, but her crystal-clear diction and subtle phrasing drives home those original messages set out by the lyricists. Thoroughly enjoyable, and especially for those with long memories.

Nigel Jarrett - 15 November 2021
Over 80 years ago, Jimmy Blanton signalled from the depths of the Duke Ellington orchestra the possibility that the double bass had something to say beyond its function of...