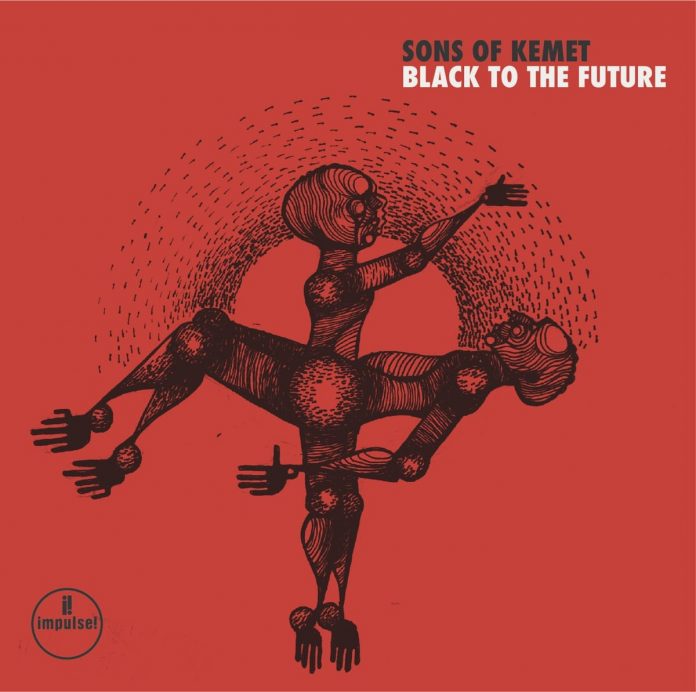 An important record and a landmark one, Black To The Future transcends the confines of genre-labelling. It goes further and deeper, and its appeal should, by all rights, be universal. If the memorable music presented here doesn’t grab the listener’s soul, then the words on tracks 1 and 9 most definitely will. Poet Joshua Idehen collaborated on Son’s Of Kemet’s last album Your Queen Is A Reptile (Impulse! 2018) writing the lyrics for two tracks, My Queen Is Ada Eastman and My Queen Is Doreen Lawrence. It was nominated for the 2018 Mercury Prize.

On Black To The Future, Idehen’s seething poems bookend the album with Field Negus and Black. His clever, incisive and heart-felt poetry is so powerful that it would take a special type of brazen insouciance not to be truly moved by the stark imagery. Idehen intones a wholly justified message of uncompromising fury and outrage at institutionalised racism and continuing chronic inequity perpetrated by white hegemony:

Oh, the pale-faced cheek of it
One knee on my back, one knee on my lungs
Telling me to run sprint times on a marathon
Keep calm and carry on
Oh, the audacity of it
The caucasity of it

In case those implications are not clear enough, Idehen’s painfully poignant verse on Black is unequivocal, concluding with the words:

All the centuries of vile injustices against black people are subliminally alluded to here, including the murders of Stephen Lawrence, George Floyd and countless other unspeakable crimes. There is clearly a comparison to be made in the anger portrayed on Max Roach’s seminal We Insist! Freedom Now Suite (Candid, 1960) with Abbey Lincoln. What is also important in these two tracks is that this amalgamation of poetry and jazz really gels. Shabaka Hutchings, joined here by Steve Williamson on tenor, deftly and solemnly underpins the words of the first track, with crackling percussion and rumbling tuba completing the sonic vista. On the closing composition, the mood is charged with emotion, both musically and lyrically.

The deployment of tuba as the bass instrument is a stroke of genius. On SoK’s first album this was deployed by virtuoso tubist Oren Marshall but on the latest three albums Theon Cross has taken over that role. Tuba was ubiquitously used in New Orleans jazz bands a century ago as a means of providing bass notes for bands parading the streets. So, whilst it may be regarded as a “traditional” instrument, in this context it is anything but, providing florid lines of vibrant, staccato resonance, as heard for example on Throughout The Madness Stay Strong. It’s equally effective in providing the dramatic counterpoint on numbers such as the inescapably catchy Hustle featuring rapper Kojey Radical and the trance-like themes of To Never Forget The Source and Let The Circle Be Unbroken.

Hutchings penned all the strong tunes on the album which are uniformly permeated with subtlety and finesse overlaid with elegant and imaginative motifs. Within the space of four albums he’s successfully managed to hone his group from its spectacularly audacious debut Burn (Naim, 2013) and its successor Lest We Forget What We Came Here To Do (Naim, 2015) to such an extent that it is now at its creative apogee.

The use of two drummers, also adopted from the earliest inception of the band, affords subtle percussive nuances that both characterise and propel the music, which oscillates from gentle AfroBeat rhythms as heard on Think Of Home, to the more complex, ebullient arrangements found on numbers such as For The Culture, featuring grime artist D Double E.

Whilst there are overtly political statements made on Black To The Future, far from distracting they add another vital dimension, acting to fortify the music which at all times is mesmeric. The titles of each track are deliberately named to run into each other, thus reading as a 38-worded statement whose meaning and truth are self-evident. Similarly, the music flows together seamlessly, every single track a mini-masterpiece reinforced by an innate balance of words and music. This is surely going to be the album of the year.