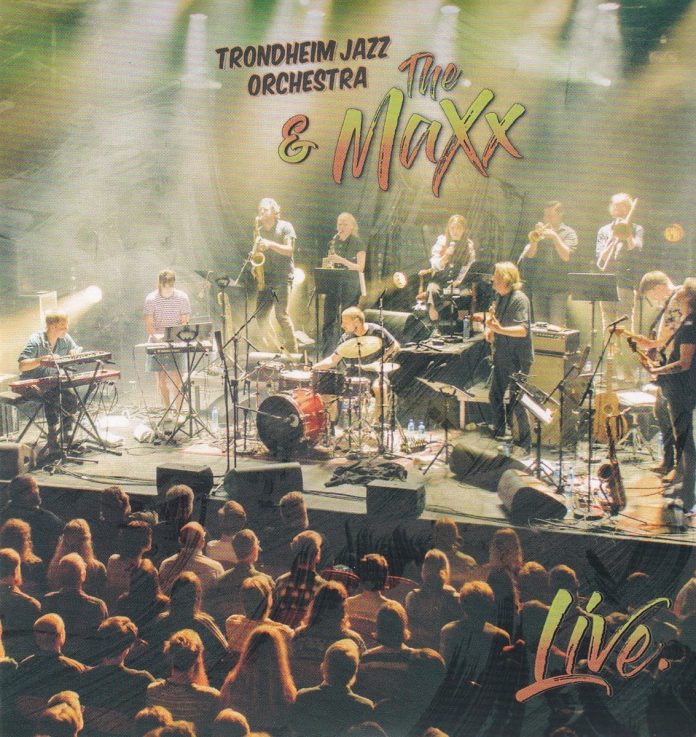 Scandinavian jazz has never been much out of contention, nor has it been short on innovators. If these observations needed illustration, this lively union of the TJO and The MaXx, a Swedish trio schooled in Norway, will supply ample. For 11 musicians the combined group makes an impression way beyond its nominal line-up.

Sometimes the sounds are built impromptu from early, seemingly random trajectories and at others and in several places from heavy riffs. The opening of Time Taxi Part 1 has the electromotive power of a Mahavishnu Orchestra with the drums working overtime before the orchestra’s guitarist Anton Toorell lets fly with an extended shredder. There’s a vocal in the waves of rock energy too. Whether it’s Kraft or the orchestra’s singer Mia Marlen Berg isn’t clear.

It’s certainly Berg in Part 2, where the taxi, evidently a supercharged mode of conveyance, has arrived at some eerie destination. Berg’s siren-like vocalese swirls mistily above a heavy harmonic progression that grows discordant before a hiatus precedes the bubbling up of another riff from guitar and synths followed by a raucous ride-away.

It’s Kraft who takes the English-language vocal on Hystericon, an oxymoron as the short and sweet ballad is a furlong from being unrestrained; in fact, and unless it’s part of an overarching narrative, it seems out of place, insofar as anything about this often wild and uninhibited assemblage can be off the radar. Jämyr, the only drummer on stage, and orchestra bassist Mattis Kleppen, provide a galloping beat for trombonist Petter Hängsel (doubling recorder on the album) to go inspiringly mental on Orgelblä. Kraft’s vocal takes over from a spent Hängsel to usher in a coda of what can only be described as a sophisticated lack of refinement. The sophistication is in the fact that although anything seems to go, all is pretty much under control.

Jazzballaden begins with discrete sounds, including vocals, around which a heavyweight orchestral presence gathers for a lumbering tail-end involving synths, drums, guitar and Thomas Johannson’s trumpet that ends on a repeated phrase. Kjetil Moster’s baritone and tenor are here too, and on Time Taxi Part 2. There are two sets of keyboards present – Grönberg and the orchestra’s Anja Lauvdal, who also solos on Time Taxi Part 2. All songs and lyrics are written by The MaXx but even at its most elastic the performances must have had rudimentary arrangements, though none that warrant a credit.

The TJO plus The MaXx? Very 1980s; but think Loose Tubes with some fences down to encourage escapees.

Roger Farbey - 10 November 2021
Although the retro phenomenon is certainly not unique, there’s still something begging a question when a newly recorded album is comprised of straightahead jazz – the sort that would...