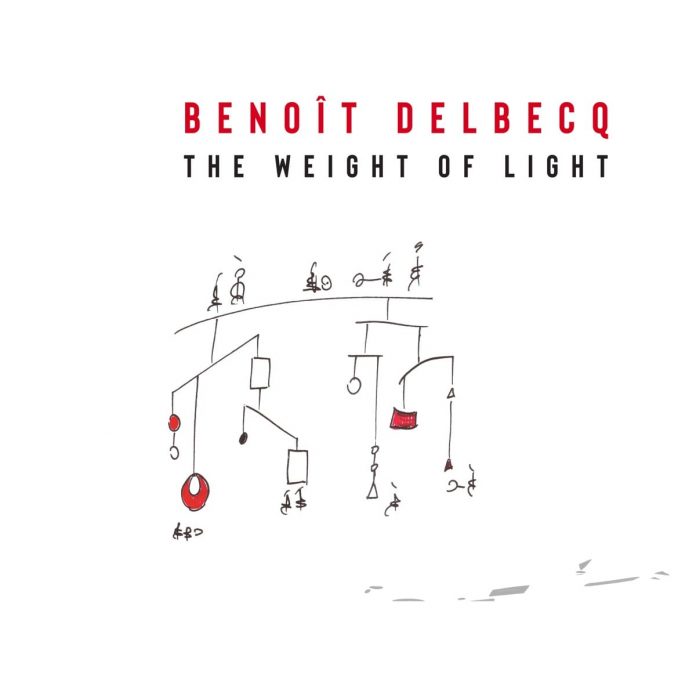 Ever since hearing Delbecq in Steve Argüelles’s The Recyclers in the late 90s, I’ve been fascinated by his music. A master of prepared piano, the Parisian is one of those rare artists who without any false hyperbole truly sounds like no other. His sonic armoury includes a bewildering range of effects, from intricate mechanical clockwork motions to shimmering gamelan and mbira, and in a consistently brilliant 30-year career his discography now stretches to 40-plus titles.

The Weight Of Light is Delbecq’s first full album of solo piano music in almost a decade, and both the title and self-drawn cover art hint at his central conceit. Inspired by childhood memories of the mysterious shadows cast by a hanging mobile in his parents’ bedroom, Delbecq explores the subconscious relationship between his mature style and those chance interactions of light, shadow and object.

If the brief sounds like a recipe for random abstraction, Delbecq’s working methods are rather more subtle. Repetitive right-hand loops create sometimes monolithic forms, and it is through the many small variations of rhythm, pitch and attack that Delbecq approximates the play of light.

Three of the tracks – The Loop Of Chicago, Dripping Stones and Broken World – appeared on the quartet album Spots On Stripes in 2018, and perhaps because the material is familiar it is a little easier to observe his methods at play. The staccato rhythms of Chicago are decidedly less percussive here, introducing a sense of three-dimensional space.

Stones, on the other hand, is viewed through a macro lens and previously obscured gradations in its surface texture are finally exposed to the naked eye. Elsewhere, Anamorphoses pits Delbecq’s quick-fire chromaticism in counterpoint to a heavy ritualistic groove, and slightly against the odds it is almost danceable. The intricate rhythms of Havn En Havre barely conceal its underlying melancholy, while Broken World, recorded just as the planet was entering lockdown, casts an even darker shadow.

Ranking high amongst Delbecq’s achievements, The Weight Of Light is an ingeniously conceived and often emotional odyssey into some seldom visited realms.