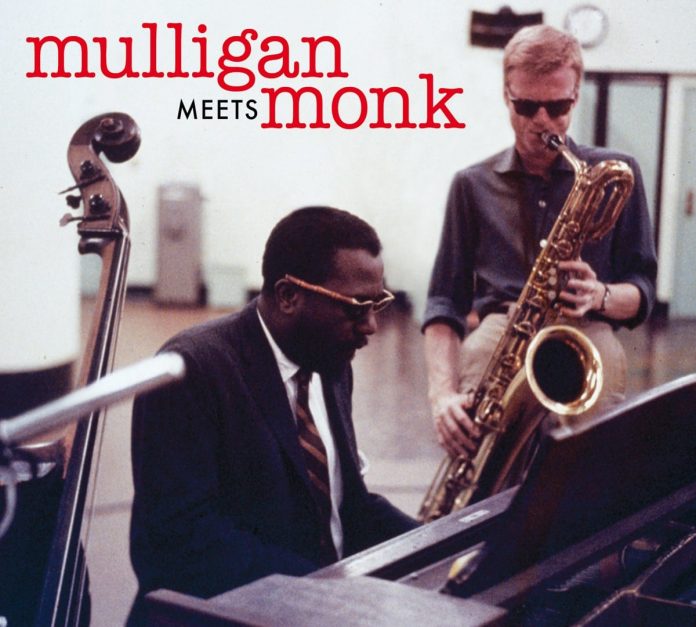 With the return of his cabaret card in 1957 Thelonious Monk was finally allowed to work regularly in New York clubs after an absence of six years. His quartet with John Coltrane, Wilbur Ware and Shadow Wilson was performing at the Five Spot and Orrin Keepnews wanted to record them for Riverside.

Contractual reasons prevented Coltrane from appearing so Gerry Mulligan was invited to take his place and Keepnews later highlighted the “mutual respect and friendship” the protagonists had for one another. They were good friends, living within a few blocks of each other in Manhattan. Gerry celebrated this relationship years later when he recorded his original Good Neighbour Thelonious (A&M 397061-2CD).

The only standard here is Sweet And Lovely, which had long been one of Monk’s favourites. He first recorded it in 1952 on the session that introduced Little Rootie Tootie. Mulligan’s baritone descends in stately semi-tones during the A sections just as Coltrane’s tenor did three months later at Monk’s Carnegie Hall concert (Blue Note 35173CD).

Gerry contributed Decidedly (an Undecided contrafact) but otherwise the group concentrate on Monk’s challenging material. The baritone’s rich sonorities add to the drama of ’Round Midnight in what becomes an exemplary performance of Monk’s classic.

When Miles Davis recorded Straight No Chaser in 1958 his uptempo version became the benchmark for everyone else but the slower tempo here allows a more sinister quality to emerge. Gerry was not the only performer to sound more comfortable when Monk decided to lay out, and his seven choruses with just bass and drums for company reveal what an inspired blues soloist he was.

Rhythm-A-Ning has a change in construction because the eight-bar bridge has been extended to 16 bars. Finally, hats off to Wilbur Ware and Shadow Wilson – a rhythm section perfectly attuned to the intricacies of Monk’s music.