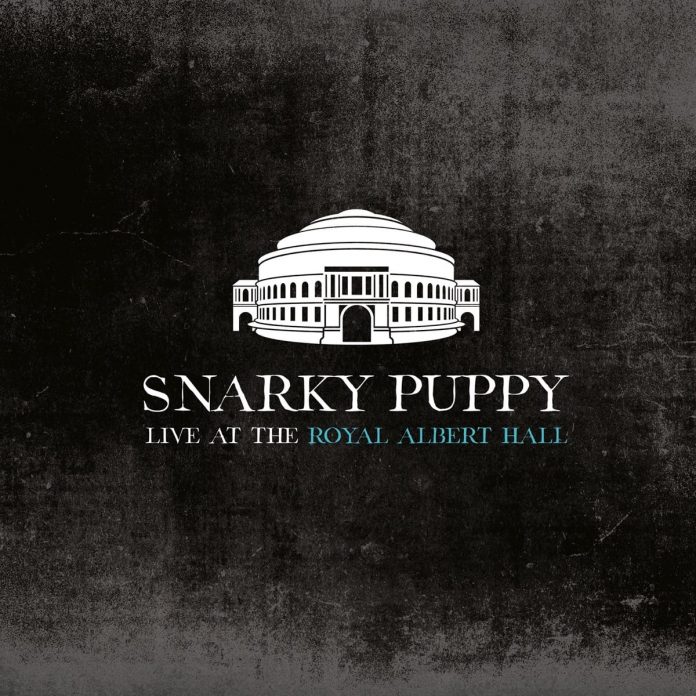 Releasing an album titled Live At The Royal Albert Hall would normally be an indicator that a band has made a pretty serious mark. So it is for Snarky Puppy. Their last album, Immigrance, was released in 2019, and at the time they had won three Grammy Awards. Live At The Royal Albert Hall has won them another, their second award for Best Contemporary Instrumental. The set list draws from across their discography although it does favour their newer material, many of the songs being taken from Immigrance.

Starting with just piano, bass and clean electric guitar, the soft and reserved Even Us slowly reveals the vastness of the ensemble as the other musicians join in, amplified by the natural reverb of the venue. Two tracks on the first disc, Intelligent Design and Alma, are taken from The World Is Getting Smaller, released in 2007. A more uptempo piece, Intelligent Design contrasts with the more orchestral opener as a brilliant example of contemporary jazz, with a technical but melodic guitar solo from Lettieri.

Alma, on the other hand, has a distinct fusion style. After opening with electric piano and warm-sounding bass it features heavy, overdriven sections, saxophone solos and soaring horn-section melodies. The next track is the funky Bad Kids To The Back, which demonstrates the band’s full stylistic range. It hits a crescendo with immense energy after the keyboard improvisation, and finishes with an enormous drum solo from Jason “JT” Thomas.

By the second disc the group are in full swing, opening with the immensely powerful Tarova that mixes traditional jazz and funk harmony with dissonant electronic improvisation and another intense guitar solo; that’s followed by the jazz-rock influenced Xavi. The last two tracks are taken from arguably their best-known album, 2014’s We Like It Here, the set culminating in the huge crescendo of Shofukan.

Over the years dozens of different musicians have joined Snarky Puppy in the studio and on stage, and it is always interesting to see who joins the line up. Of the 14 members on the album, founding member Michael League is present, as usual, together with keyboardists Shaun Martin and Bill Laurance. Whereas in the past the band have had a range of guitarists, Mark Lettieri is the lone six-stringer, and stands out across the album. Also available in vinyl, Live At The Royal Albert Hall is an excellent recording, capturing the musical innovation and skill of Snarky Puppy, and is clear reminder of why they have become such a globally successful and influential group.

Michael Tucker - 12 April 2021
I had heard of, but never heard, the Edelhagen Orchestra. After listening to this sumptuous selection of previously unreleased cuts from the Cologne-based outfit – retrieved recently, in top-notch...