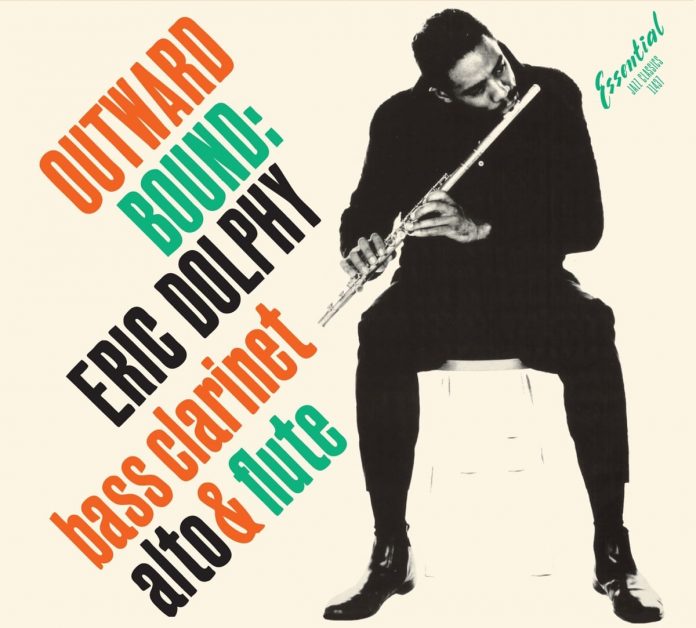 This was Dolphy’s first date as a leader after arriving in NYC from the West Coast where he had been a member of Chico Hamilton’s quintet. Prestige allowed no time for rehearsals or anything else much; musicians were expected to just come in and blow.

Dolphy solved the problem by using pieces he had written years earlier like GW and Les although the smooth ensembles and confident solo work by Hubbard and Byard suggests some private rehearsal may have taken place. 245 is a blues, meat and drink to Prestige boss Bob Weinstock, and standards like Green Dolphin Street and Glad To Be Unhappy were also familiar territory. It also meant that Dolphy’s music, on his first set as leader, was not too far out for the average jazz enthusiast of 1960.

GW is played with a sturdy ensemble line that leads into a convoluted alto excursion by Dolphy. Hubbard does well following on and in any case he was the sort of soloist who had the ability to flit between bop and free excursions, having recently played with Coltrane and Rollins. He would later flex his chops on Coltrane’s Olé and Ornette Coleman’s Free Jazz, although he never sounded happy on the latter. Here he is very much at home and contributes some bristling trumpet forays, occasionally inserting free flourishes alongside Dolphy.

Dolphy is full of ideas on Green Dolphin street, with a bustling bass clarinet solo. He swings lightly on bass clarinet again on Miss Toni and plays lyrical flute on Glad To Be Unhappy. There are alternate takes on this release of GW and 245. Both are much longer than the ones chosen for original release, although that of 245 is more successful than the originally issued take. This slow blues has well-structured solos from Dolphy, Hubbard and Byard, and the top-notch rhythm section with Tucker and Roy Haynes ensures a solid pulse all through. This alternate take is arguably the best of the session.

The final alternate R&R is, I believe, from the rebel New York festival in 1960 organised by Charles Mingus and Max Roach against what they saw as a too commercial Newport programme. It has attractive solo spots from Roy Eldridge, Jimmy Knepper on trombone, Mingus, Jo Jones and, of course, Eric Dolphy. Bit of a mish-mash of styles but it seems to work well enough.

This release is labelled as a limited edition with just 500 copies so it may not be available for long. It was a good first-as-leader album and this one has three worthy alternates on offer.