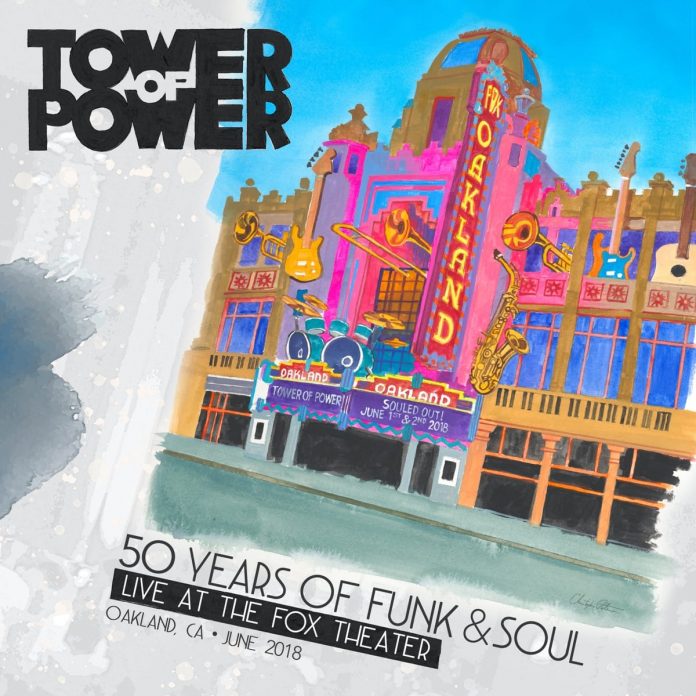 Tower Of Power. What a band and what a name! Founded in 1968 by saxophonists Emilio Castillo and Stephen “Doc” Kupka, the band were originally named The Motowns. It was Castillo’s dream to play Bill Graham’s Fillmore West but the name wasn’t going to hack it. The band agreed on Tower Of Power and the rest is history. New members subsequently joined, including Francis “Rocco” Prestia on bass and drummer David Garibaldi.

TOP released their first album, East Bay Grease, on Bill Graham’s own label. It got them noticed and they began to get radio play on the West Coast. The band then moved to Warner Brothers and national exposure followed. Guitarist, Bruce Conte and Hammond organist Chester D. Thompson joined the band at this time. Bump City (1972) was their first Warner album and gave them chart success with You’re Still A Young Man. The third album, Tower Of Power (1973), gave them their biggest single success with So Very Hard To Go. They followed up this up with two further hits – This Time It’s Real and What Is Hip? Their fourth album, Back To Oakland (1974) added further hit singles with Don’t Change Horses (In The Middle Of A Stream), Time Will Tell and the instrumental Squib Cakes. With the album Urban Renewal (1974) the band made a clear switch from soul to funk.

Further significant chart success was to elude them, but TOP’s horn section remained in high demand and can be heard on recordings by Otis Redding, Eric Clapton, Elton John, Santana, Jefferson Starship and many, many others. Apart from the Muscle Shoals Rhythm Section, they were the must-have session band to book. However, TOP never lost its appetite for touring and 2018 marked its 50th anniversary. Where better to record the occasion than where it all started – Oakland, California? Original band members Castillo, Kupka, Prestia, Garibaldi and Thomson are present as are many more TOP alumni.

TOP have had a few lead vocalists over the years – the most famous being Lenny Williams. However, the band have now found a real star in Marcus Scott. Not only is he the perfect front man in terms of presence, but he has a vocal range that hints at the very best of James Brown, Al Green and Marvin Gaye. Scott has put new tread on the TOP tyres and they need to hold on to him.

All the classics are here as well as a two-hour DVD of the concert. If you want to remember what a “live” concert felt like, before Covid-19, then you should definitely check this out.

Ronald Atkins - 09 February 2021
This includes the same personnel that supported Ron Miles on his I Am A Man album from 2016 and proceeds in similar fashion. Miles, who again wrote all the...