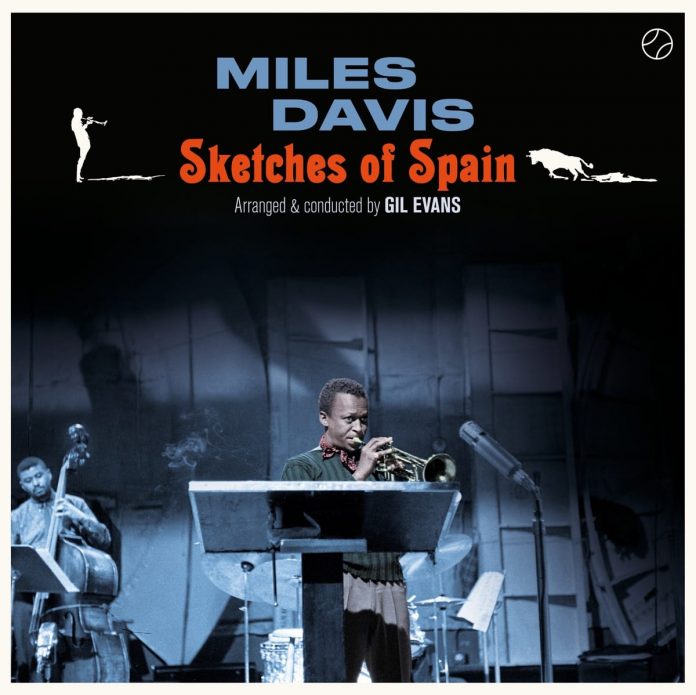 The third of Miles’ collaborations with Gil Evans and a large orchestra concentrated on music with a Spanish flavour. He had already shown his liking for this music on previous releases. Miles Ahead, the first disc in the Gil Evans series, featured Blues For Pablo and The Maids Of Cadiz. His classic sextet date, Kind Of Blue, had Flamenco Sketches. This album explored Spanish repertoire in detail on all five tracks.

The main work, taken from Rodrigo’s Concierto De Aranjuez, is a 16-minute exploration of the Spanish style fused with the blues and has an extraordinary improvised trumpet solo from Miles. Gil Evans’ arrangement brings out the full flavour of the concerto as Miles plays a haunting, sombre trumpet solo throughout. His lines are intense and blues-flavoured but retain, all through, the Spanish mood and style. It is worth noting the backgrounds here, including oboe interjections and melancholy notes from tuba and Janet Putnam’s chime-like harp.

The original concerto was transformed from an orchestral piece for guitar to a full-blooded jazz track. Composer Rodrigo is said to have disliked it. Miles’ only comment was to wonder whether he still disliked it when he received his royalties from the recording. The difficult rhythms are well handled by Elvin Jones, Jimmy Cobb and, as the sleeve note puts it, possibly José Mangual. They must have been extremely hard work in rehearsal.

Will O The Wisp is a bright folk melody. It is almost jolly by comparison with the rest, having Miles and orchestra in almost jubilant mood. Saeta is based on Spanish religious music and is played here slowly and with due reverence. Basic flamenco is represented by Solea, a lament which does have a rhythmic thrust, carried along here by Jones and Cobb which makes it swing in jazz format.

This new reissue offers an extra three-minute track, Song Of Our Country, not on the original album but released on the 1981 Directions album. It’s a little gem of jazz and flamenco with Miles in buoyant form.

Fred Grand - 14 March 2020
Sharing their name with a popular shopping mall in suburban Stockholm, Nacka Forum have been practising a slightly madcap brand of free jazz for more than 20 years now....

Jazz Journal - 31 May 2019
I saw a copy of The Melody Maker for the first time in many years. Not a pretty sight these days, and even worse to read. Max Jones must...