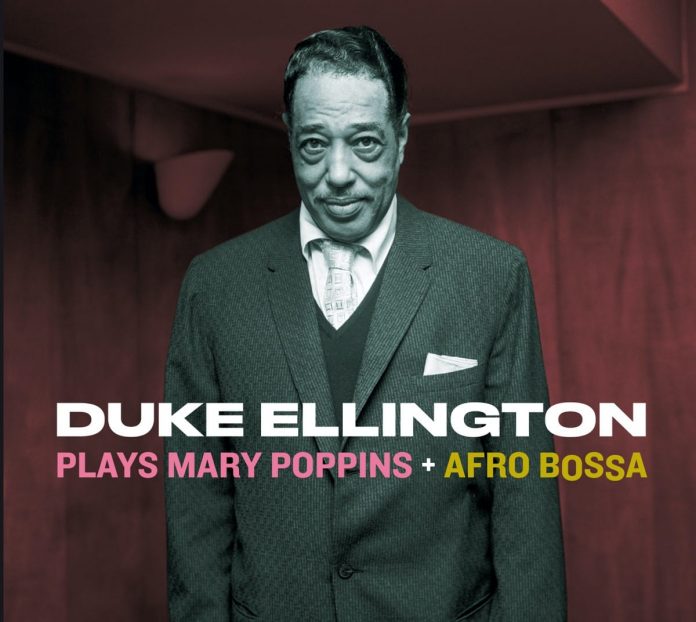 Master of intriguing arrangement, and presiding over a multi-talented orchestra, the Duke frequently delighted in transforming even the most unlikely material into memorable jazz. The original musical score for Mary Poppins, penned for the Disney family film, aimed to be jolly, sentimental or whimsical, with a catchy melodic appeal, which Ellington respected and enhanced.

From the opening Spoonful Of Sugar, when Hodges floats along serenely over a foot-tapping shuffle rhythm, we know we’re in the safest of hands for jazz styling. The star soloists all get a spot – Hamilton elegant in Feed The Birds and Perfect Nanny, Brown and Williams muted and wailing expressively in Let’s Go Fly A Kite and Jolly Holiday, Carney majestic and sonorous in Stay Awake, and Gonsalves cutting loose on the closing upbeat Supercali…(etc). Sam Woodyard’s skilled drumming effectively varies the rhythmic patterns throughout.

Though not widely regarded as amongst Ellington’s most important work, the album has very pleasing melodic appeal, the material reworked strikingly with the unmistakable Ducal touch.

In marked contrast, the Afro Bossa album is tougher, darker listening. It was conceived as a suite but the 12 shortish compositions by Ellington and Billy Strayhorn suggest diverse exotic images, rather than the extended development of a theme, and identify with mixed African and Latin influences. In mood it’s a far cry from the joyous energy of Duke’s “jungle music” of Cotton Club days. The music is often sombre, mysterious or dramatic. The section scoring is sometimes tinged with bleak dissonance and the orchestra prowls warily, often conveying tension or melancholy. Woodyard’s outstanding and versatile drumming again plays a major part, with a range of Latin rhythms.

So, typically creative and contrasting music, an absorbing tapestry of orchestral jazz from the suave maestro and his stellar orchestra of the 1960s.

Jazz Journal - 28 February 2020
With this, Wynton Marsalis has come up with his most interest­ing album thus far. That is not to say that it is entirely flawless, but it kindles a spark...