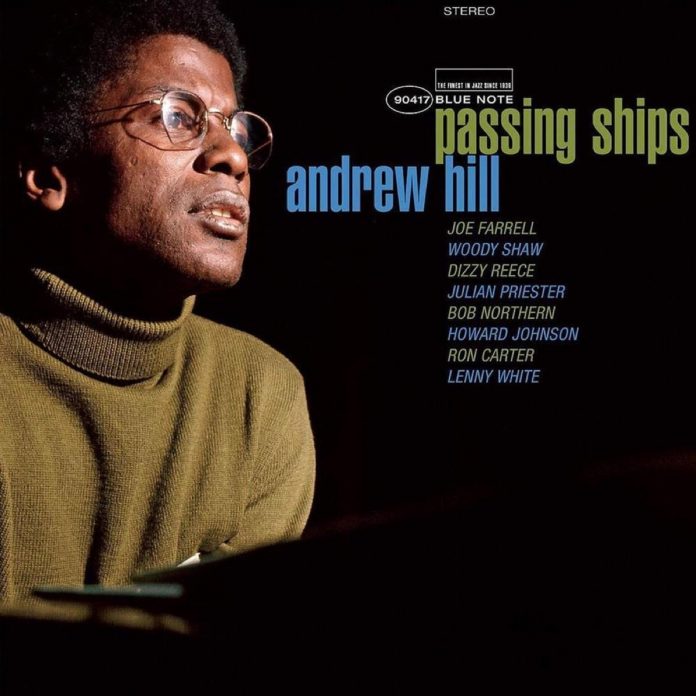 Hill’s octet session would have made a fine summary disc of all his impressive work on Blue Note between 1964 and 1969. Black Fire was first in ’64 and it showed his originality straight away. The present two-record set had to wait until 2003 for its first issue, on CD. Here, it’s issued on vinyl for the first time, as part of Blue Note’s flagship Tone Poet series.

Hill wrote the compositions, arrangements and played solo piano throughout, his unique, personal style not really fitting into free or bop patterns. He had his own sound and style which was far more Thelonious Monk than Cecil Taylor even though the annotator on his first Blue Note LP placed him in the second wave of the avant-garde. I think this was inaccurate. Hill’s music was always in the contemporary tradition but based on tonality. He was, quite simply, a one-man jazz style as the music here demonstrates forcibly.

Using Shaw, Reece, Priester, Farrell and himself as soloists, he wrote all the parts for the low brass instruments that nourish this music and keep it ever interesting. Farrell is the main soloist apart from Hill himself and he uses tenor and soprano sax, alto flute, bass clarinet and English horn for the varied solos. Reece and Shaw do well as a pair of trumpet players, occasionally taking solos where Shaw is more lyrical and intense, and Reece more bebop flavoured. Listen particularly to the trumpet lines the two play behind Priester’s solo on Noon Tide. These supporting parts for the accompanying horns were all written by Hill.

The three discs are full of fascinating music. Highlights include Farrell’s gauzy, hovering alto flute lines on Noon Tide and his English horn solo, esoteric and warm, on Passing Ships. He is also responsible for the roaring, full-throttle tenor sax statements, occasionally shifting to soprano. Reece’s trumpet and Farrell on tenor get most of the solo space on Sideways, an intriguing 12-bar melody. None of this though detracts from Hill’s percussive, finely wrought piano solos and the backing horn arrangements he has provided on every piece.

Once again it’s puzzling that this music was left unissued for so long. Was it just forgotten in tandem with a dozen other releases coming out over several months? At least now it can be enjoyed with superior audio, remastered by Kevin Gray and issued on three sides of two 180-gram LPs. It is played throughout with precision by the horns, vigour by the soloists and kept swinging on each track by the crisp rhythm section work of Carter and White. It was certainly one of Hill’s best sets.