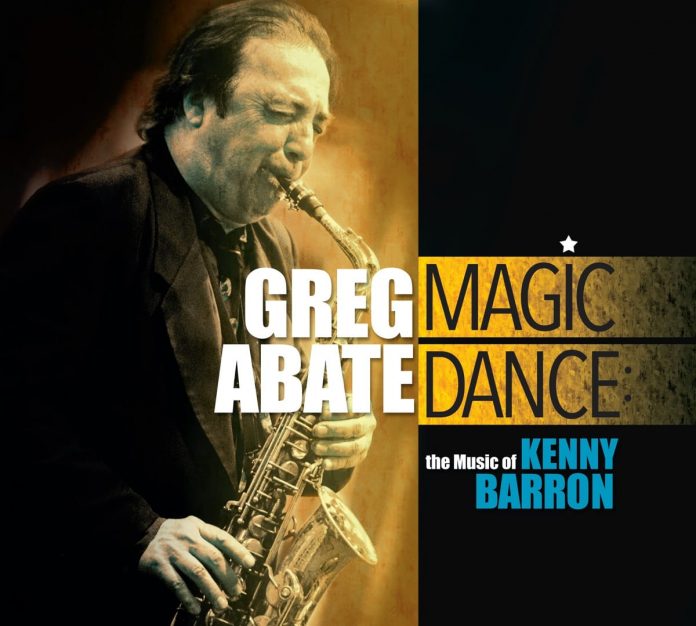 Recorded over three days at the Van Gelder studios, this album went through a process of reworking, enhancing and overdubbing, the horn parts played by Greg Abate and added to enlarge the ensemble. Abate admits that this was new to him, and something of a challenge; the result is a harmonious sound over which his lead instrument is effectively featured. His versatility is shown by the use of alto, for which he is well known, but also by tenor, soprano, flute and baritone.

The success of this is apparent in the more direct and forthright uptempo tracks: Golden Lotus, Voyage and And Then Again, on which Abate’s alto is enriched by the deep, full texture of the tenors. On Innocence, his soprano leads, but like the others, it’s given a big band feel.

Soprano is also to the fore on Sonia Braga and on the attractive waltz-like Concentric Circles, and Abate uses flute on Cook’s Bay and Water Lily, in passages that call for more sensitive readings, the choice entirely appropriate. Cook’s Bay is also notably for some impressive polyrhythmic work from drummer Johnathan Blake, mixing cymbal, stick and mallet to create patterns reminiscent (to me) of Vernel Fournier. His spirited approach propels Sunshower and Golden Lotus, and gives the directive lead on Voyage.

Kenny Barron gives perceptive support all through the album, with block chords and suitable insertions, adding linear runs and working around the melodies in his solos, sometimes economic and light of touch, at other moments assertive and pressing. Bud Like is essentially arranged around him and Song For Abdullah is clearly a tribute to the great African composer and pianist of that name. Rain, a vehicle for Barron’s lyrical side, shows how well the piano and tenor interact, as well as giving Dezron Douglas an opportunity for a fine bass solo. Both Douglas and drummer Blake add useful contributions throughout and help make the session gel.

On occasion I felt it would be interesting to hear a touch of brass with those big band sections, but this is a rewarding effort at juxtaposing the backing tenors with the most suitable lead horn for each composition and there’s no denying Abate’s skill, energy and dexterity. There are moments when the music is exhilarating and vibrant, and I look forward to when this exciting and hard-driving saxophonist is able to resume his tours. Meanwhile, it’s no great hardship to have this to listen to.

Michael Tucker - 19 December 2019
Jazzrausch Bigband is said to be the world's first such band resident in a renowned techno club – Munich's Harry Klein. When I read that the club features a...