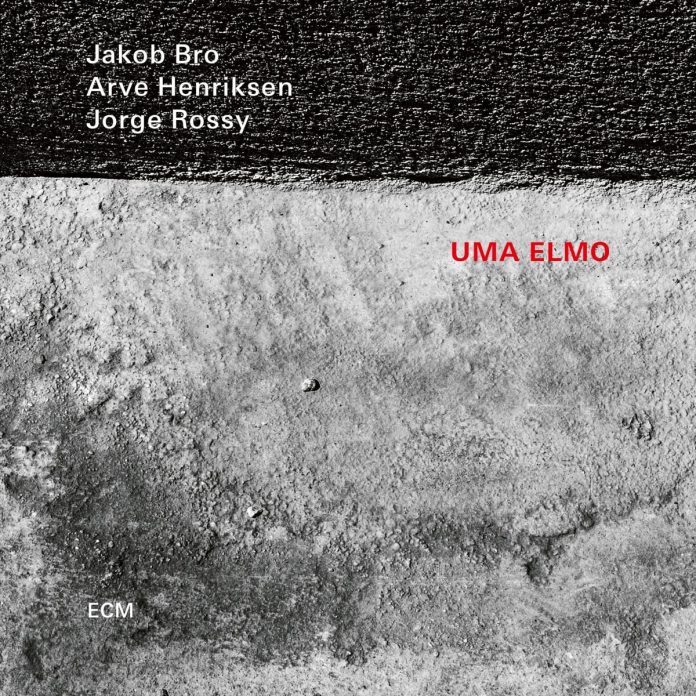 Power, observed Paul Bley, can come from a quiet place. I don’t know if any such place could ever be called patient, but if it could, Danish guitarist Jakob Bro would certainly be one of its most distinctive inhabitants.

I first got hooked on Bro through his contributions to Tomasz Stanko’s magnificent Dark Eyes of 2009. I was lucky enough to catch the Dark Eyes band live and later saw Bro with Thomas Morgan (b) and Jon Christensen (d) at London’s The Vortex. There was something about Bro’s spacious, laid-back yet intense restraint, his subtle play with register, sound loops and seemingly minimal motifs and harmonic colour, that was practically magnetic.

If you know previous, relatively recent – and excellent – releases from Bro such as Streams, Bay Of Rainbows – both with Morgan and Joey Baron (d) – and Returnings, the last again with Morgan and also featuring Palle Mikkelborg (t, flh) and Jon Christensen on what would prove to be the drummer’s final ECM session – you’ll have a fair idea of what to expect here. For in Henriksen and Rossy, Bro is joined by two of today’s most distinctive (and, once again, patient) shapers of sound and silence.

Following the intimate yet questing and building dynamics of the opening (and perfectly titled) Reconstructing A Dream, the largely rubato programme of all-Bro originals sees time and musical incident alike slowed radically, caressed rather than kicked by the judicious multivalence of the excellent Rossy’s post-Christensen/Paul Motian accents. Bar lines dissolve as the most tender, yearning trumpet melodies from Henriksen float over or meld into the leader’s gently chiming and subtly modulated figures: sample the evanescent ambience of Morning Song or Sound Flower.

Things get a touch tough in parts of Beautiful Day and the 11-minute Housework: on the latter the extraordinary Henriksen manages at times to make his trumpet sound like a bass clarinet. But the overall mood of Uma Elmo remains one of what one might call a quiet wandering in unforced wonder, emerging from a shared melodic, chromatic and rhythmic improvisational capacity of the most poised and rare quality.

If it’s apt that matters commence with Reconstructing A Dream – and that, on To Stanko, Bro plays tribute to the lyricism of his late, one-time Polish leader – it’s no less appropriate that the age-old paradisal myth of The Land of Cockaigne can be inferred from both the mood and the titling of Slaraffenland (also the name of a well-known and respected Danish avant-indie group of recent times).

If you’re after a swinging, heads-up and foot-stomping good time, Uma Elmo is very much not for you. But if you fancy letting heart and soul roam in an hour or so of intensely thoughtful, beautifully voiced and poetically compelling music, don’t hesitate: here be the magic.

John White - 04 September 2020
Ahmad Jamal is now an active and still creative 90 year-old pianist. Most of these early and seminal recordings have been frequently reissued, and almost universally commended. In the...