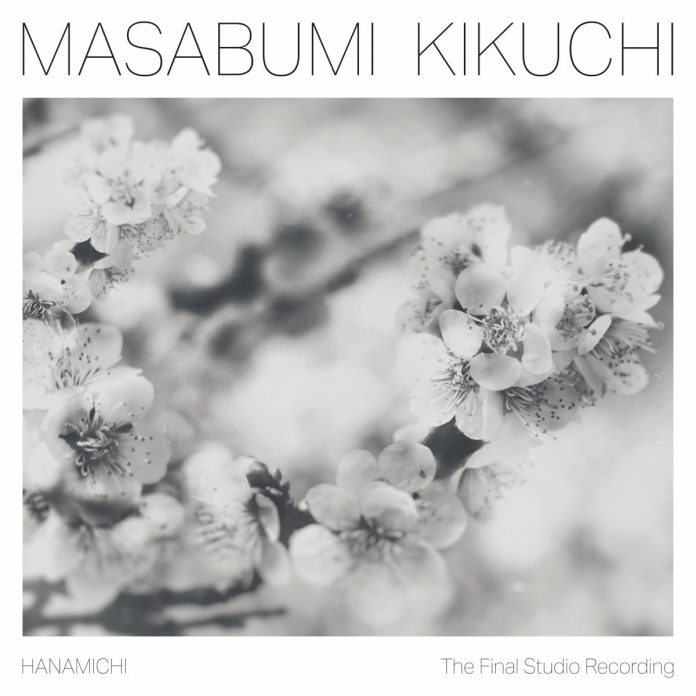 In 2013, the late Masabumi Kikuchi recorded a two-day session at New York’s Klavierhaus. The resulting recordings became Hanamichi, the Japanese pianist’s final studio recording before his death in 2015, at the age of 75.

From start to finish, Kikuchi’s playing is pared back and thoughtful. The oft-repeated Miles Davis quote – “It’s about the notes you don’t play” – has become a jazz cliché, perhaps even a joke. That said, the space that Kikuchi leaves between notes is effective in his creating broad, open soundscapes. There are moments of more embellished improvisations, but even so, the music is never cluttered. It really is about the notes he doesn’t play.

Only the final two compositions on Hanamichi can be attributed to Kikuchi himself: Improvisation and Little Abi. The latter is a beautiful ballad dedicated to his daughter, and a prominent part of Kikuchi’s repertoire from the 70s onwards.The rest of the album is made up of standards including Gershwin’s Summertime, Romana (by Mabel Wayne and L. Wolfe Gilbert) and not one, but two recordings of Rodgers and Hammerstein’s My Favorite Things.

Stylistically, however, Kikuchi makes all of these pieces his own. From such a stylistically original player, little else can be expected.

Elliot Marlow-Stevens - 04 June 2021
Originally released in 1967, Wes Montgomery’s A Day In The Life presents an interesting look at the guitarist, less jazz orientated, and instead demonstrating his skills in musical interpretation....