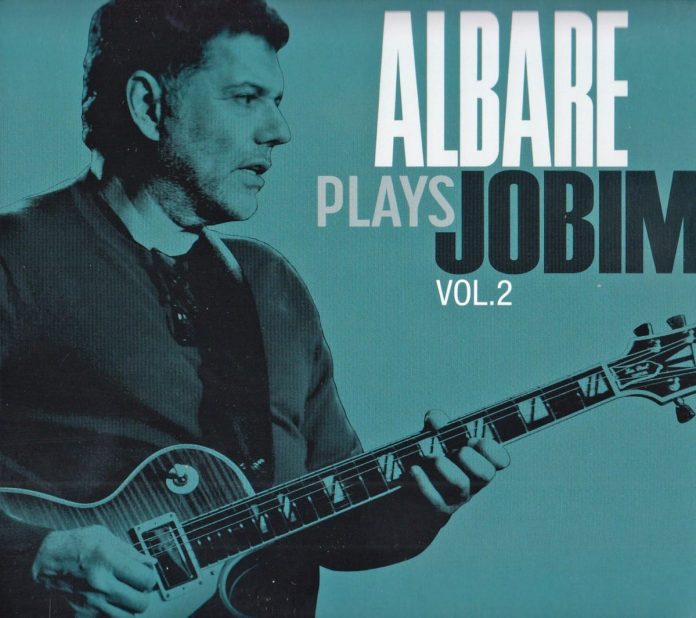 Albare was born in Morocco but grew up in Israel and France. Although he attended a music conservatory for two years his studies were interrupted when he developed vision problems. As a result he plays entirely by ear now, achieving an attractive sound reminiscent of the Hungarian guitarist Gabor Szabo.

He first discovered the haunting beauty of the bossa nova when he saw the 1959 film Black Orpheus, which introduced two classics of the genre to the repertoire – Antonio Carlos Jobim’s A Felicidade and Luiz Bonfa’s Manha de Carnival.

After the success of his first volume of Jobim staples recorded in 2019 (Alfi 122019) it was inevitable Albare would take a second look at the maestro’s canon.

The instrumentation here is similar except Luisito Quintero has been added on percussion and the date also benefits from two guest stars – Randy Brecker, excellent on So Danco Samba and Favela with Nestor Torres on Summer Samba and How Insensitive. On the latter, incidentally, Jobim clearly took his inspiration from Chopin’s Prelude In E Minor.

François van de Linde - 13 January 2021
The Flying Horse Big Band’s energy is contagious. I confess that I was not aware of the existence of the student band from the University of Central Florida’s Jazz...