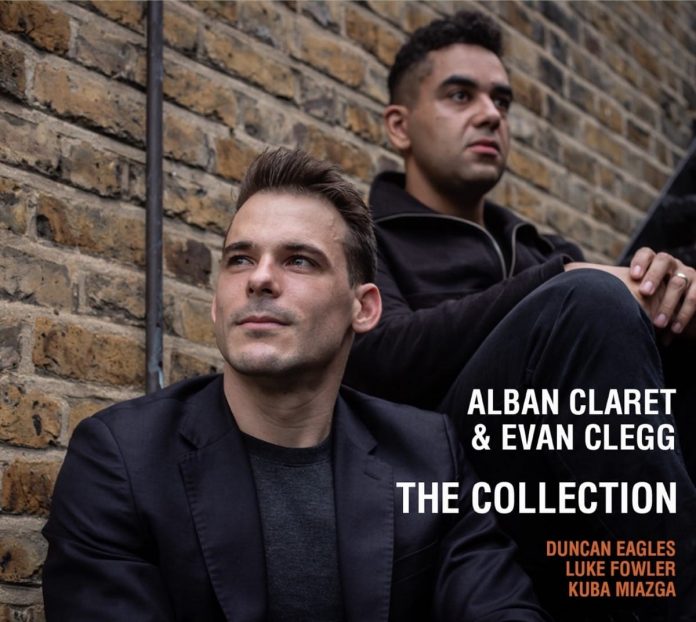 This collection has all the sound and ambience of an early bop session. It really could have been recorded any time from 1945 until now. Not that the line-up is in the classic bebop tradition with the guitar being one of the main solo instruments but in the absence of a piano Mr. Claret is required to fulfil chordal duties in the rhythm section as well.

His partner Evan Clegg favours the lighter sound of the trumpet in a Miles mode, but his lines are pure bop. Eagles, on tenor sax, has a warm, rich sound, far removed from the Rollins/Coltrane hard-edged standard set in the late 1950s. He too though is very much a bopper and with bass and drums playing hard in the section the timeless sound of bop is reproduced smoothly.

The Collection is typical of this band’s output, a fairly brisk tempo in the Charlie Parker tradition and solos from everybody. A clean, bright sound balances everybody in the band neatly and all instruments are heard in a way similar to how they would be heard live. Unprescribed Playfulness is at ballad tempo but again featuring well-worked-out solos from guitar, tenor and trumpet.

Stella By Artois is not so much by starlight but more of a run through for lager louts. It begins with a series of double stops from bassist Luke Fowler and then follows the theme-solos-theme pattern. Claret has a rich, romantic sound in the Barney Kessel tradition, so his playing is a little less bop than his composing. The compositions are all from the two leaders except the last two and Al A Parker, which were written by Claret alone.

The differences in playing styles and approach from the five musicians and the less common range of instruments is what gives this music a newish sound. But it still owes a big debt to early Parker and Gillespie. Or Miles Davis given the trumpeter’s tone. It is a lively, concise set of performances coming in at just under 30 minutes’ playing time.

John White - 14 February 2022
Most of the material on this compilation is taken from concert performances by Ray Charles and his orchestra at his favourite Parisian venue. These Olympia titles (some of which...