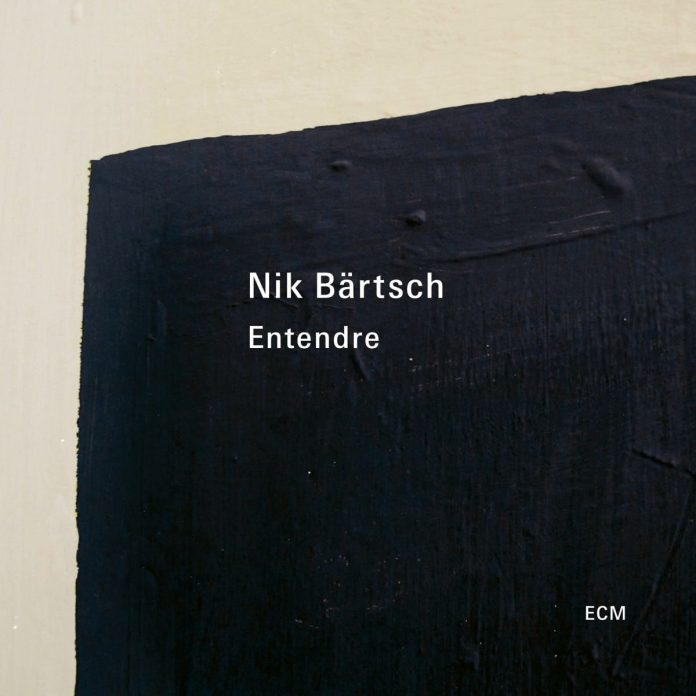 To hear Swiss pianist Nik Bärtsch’s Entendre is to hear the piano being explored in diverse ways. Not only used as a melodic medium, but also as a rhythmic and percussive tool through extended techniques, the piano is treated as a manifold instrument whose identity is in constant flux.

Through six solo piano pieces, Bärtsch’s style can be interpreted in different ways: you may decide to hear the jazz-groove element, the more classical tradition or perhaps the modern minimalistic style. What you can most definitely hear, however, is the organic evolution of the musical material, asking us as listeners to embark on a journey that is a process. This is part of Bärtsch’s musical philosophy, one which inspired the title of the album – “to hear”. The length of the tracks makes this process apparent: Bärtsch lets the musical material control its own direction, in its own time.

A key aspect of Entendre is the numbered Modul pieces. For Bärtsch these are musical models rather than fixed or concrete compositions. The first track, Modul 58_12, fuses pieces heard previously with Bärtsch’s bands, Modul 58 with Ronin on Awase and Modul 12 with Mobile on Continuum. The reimagination of these two pieces to create one free-flowing piece reveals Bärtsch’s adeptness as an interpreter and improviser. Hopefully in the future will we see more reinterpretations of past pieces – an exciting thought.

To hear Bärtsch’s Entendre fully is to demonstrate patience and attentiveness; the polymetric pieces such as Modul 26 unfold gradually and very subtly. This is not the type of track which could be put on half-way through and still make sense; in order to understand its effectiveness and clarity, one must listen in full and with focus.

Bärtsch’s subtle changes in touch on the piano allow his music to be heard not as stagnated or primitive, but rather for what it is truly is – organic evolution.

Ronald Atkins - 22 September 2020
Commemorative albums are nothing new. All titles hereon were inspired by paintings or art objects stolen 30 years ago from the Isabela Stewart Gardner Museum in Boston. It was described...