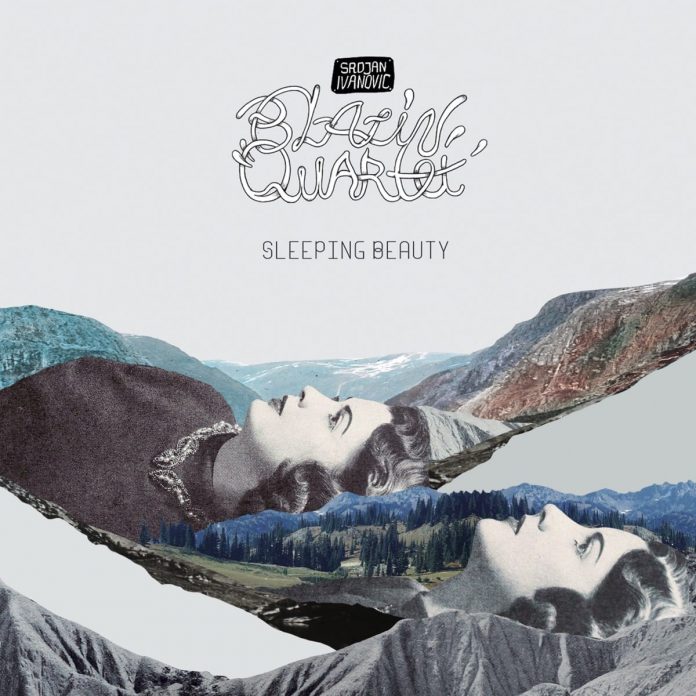 A blend of different musical worlds, Sleeping Beauty pushes the definition of jazz to the limit, creating an interest-filled album. Jazz, improvised, world and electronic are combined to create a personal sound-world. Srdjan Ivanovic wanted to write music he liked to hear.

From the beginning of the first track, which features birdsong from outside the Blazin’ Quartet’s studio, it’s clear this album doesn’t follow the norm. Birdsong features again in the outro, bringing the album full circle. This birdsong embodies some kind of sleeping beauty. Between, there is a host of sensitive music, some featuring guest flautist Magic Malik, who rounds off the group in a delightful way. I would recommend watching the trailer to the album to see them in action.

Blazin’ Squad has been an ongoing project for leader and drummer Ivanovic and he says it was created to make “a unique harmony-less formation, free of stylistic constraints.” The result is an album free of cliché which is refreshing and unique. This includes taking two well-known Ennio Morricone melodies from The Man With The Harmonica and A L’Aube Du Cinquieme Jour and restyling them with a free, fresh sound.

Charming and easy to listen to, Sleeping Beauty’s original jazz sound is calming and inviting.

Hugh Rainey - 13 August 2019
Ian was undoubtedly one of the most technically accomplished and expressive trumpeters in the British traditional jazz scene of his day. His crisp, precise phrasing, mobile and fiery, could soar...

Diaspora Meets Afro Horn: Jazz – A Music Of The Spirit,...