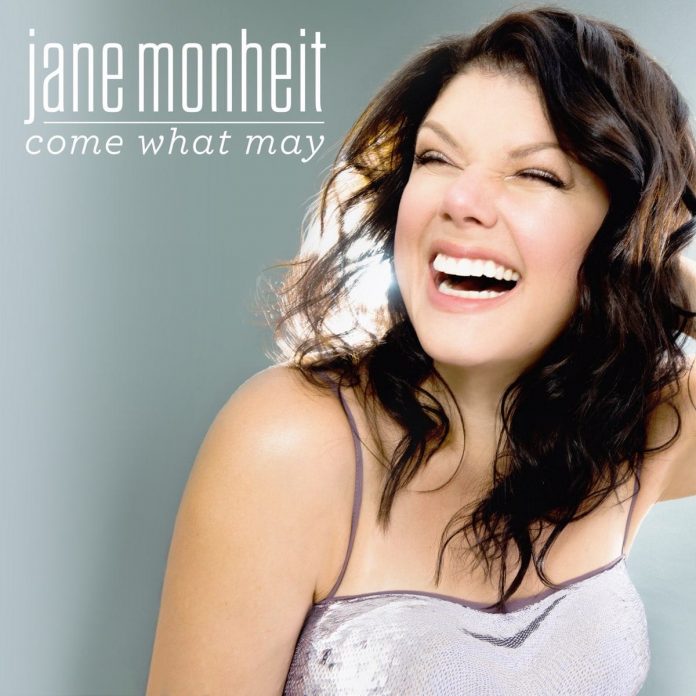 This delightful album is celebratory in several ways. Principally, it celebrates Jane Monheit’s 20 years as a top recording artist. It was, though, a little longer ago that she first attracted attention and praise.

That came in 1998 when she was runner-up in the Thelonious Monk Institute’s vocal competition. In 2000 came her debut album, Never Never Land, and the following year’s Come Dream With Me reached No 1 on Billboard’s jazz chart.

On her latest release, Monheit also celebrates the musical genres she clearly loves, including stage musicals and popular standards (I Believe In You, On The Sunny Side Of The Street, The Nearness Of You and Get Happy), and Braziliana (Samba Do Avião). Throughout, Monheit skilfully varies the mood, the opening track’s bouncy tempo still retaining the lyric’s intense declaration of love, the following track evoking a torchy atmosphere.

Monheit’s thorough understanding of the intentions of all the lyricists presented here is exemplified by her deeply felt interpretations of Billy Strayhorn’s words in Lush Life and Lorenz Hart’s in My Funny Valentine.

Over the years, Monheit has been accompanied by many leading instrumentalists from the worlds of jazz and popular music, in particular having a long working relationships with pianist Michael Kanan. Clearly, Monheit is at ease with her accompanists here, observing that when she went into the studio to make this record: “I had the luxury of the arrangements being perfectly familiar, rehearsed, and polished.”

Another celebration reflected here is the 20th anniversary of her wedding to drummer Rick Montalbano. It has been five years since Jane Monheit’s last album. Hopefully, there will not be a similar wait until the next. Very warmly recommended.

Discography
I Believe In You; When A Woman Loves A Man; Let’s Take A Walk Around The Block; Lush Life; Let’s Face The Music And Dance; Samba Do Avião (Song Of The Jet); The Nearness Of You; On The Sunny Side Of The Street/Get Happy; The Man That Got Away; My Funny Valentine (48.27)
Monheit (v); Michael Kanan (p); Miles Okazaki (g); David Robaire (b); Rick Montalbano (d); Kevin Winard (pc). Los Angeles, December 2019.
Club 44 Records