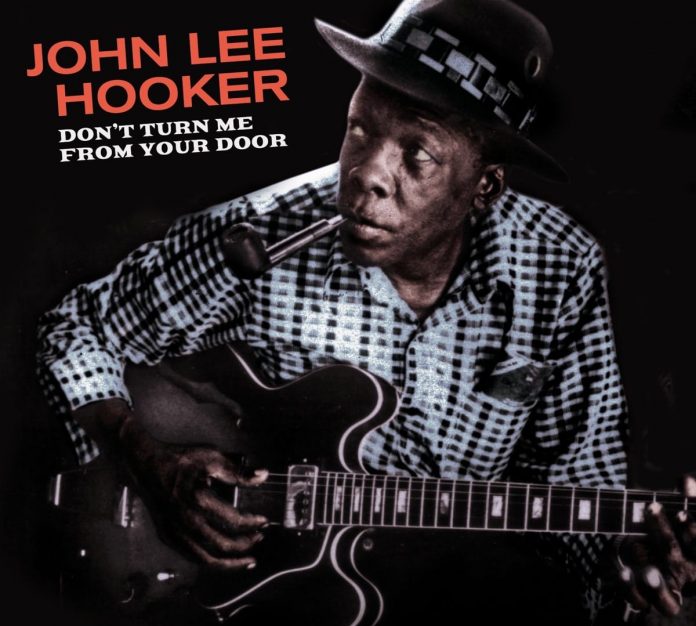 “One of the great links between the blues and rock & roll”, according to Rolling Stone magazine, John Lee Hooker (1917-2001) was born in Clarksdale, Mississippi. The church was an early musical influence on him, and the rhythm of the sermon must have influenced his speech-song vocal delivery. Moving to Memphis in the 1930s, he performed at house parties while – bizarrely – also singing in gospel quartets.

After WWII he moved to Detroit, working for the Ford Motor Company and playing at night. He switched from acoustic, with its rural folk blues style, to a more urban style on electric guitar – on this collection of recordings from 1953-61, only the first track features acoustic. In 1948, his first hit single, Boogie Chillen, featured his trademark “talking blues” style. Incorporating jazz and jump blues rhythms, during the 50s he acquired a younger, white audience.

This release features two of Hooker’s lesser-known but still essential albums from his greatest years, remastered and presented with five extra tracks from the same time. Don’t Turn Me from Your Door was later reissued as Detroit Special; the eponymous John Lee Hooker is also known as Before Sunrise. Hooker essentialised and minimalised the familiar, rollicking 12-bar blues. As one critic comments, it’s often “just one chord pulled to its limits” – his foot the thumping bedrock for the lyrics, delivered with affecting emphasis.

The first album evokes a deep melancholy and longing; the tracks are mostly solo or with minimal accompaniment. You Lost A Good Man is ponderous and menacing; Drifting Blues is bleak, while the title track is desolate. Only two tracks on John Lee Hooker, My First Wife Left Me, and Wednesday Evening Blues, are in the solo “one chord” style – the former in particular is a spare performance featuring Hooker’s foot tapping and affecting vocals. The five “bonus” tracks include three obscure live cuts from the album There’s Good Rockin’ Tonight! A superb reissue of one of the greatest bluesmen.