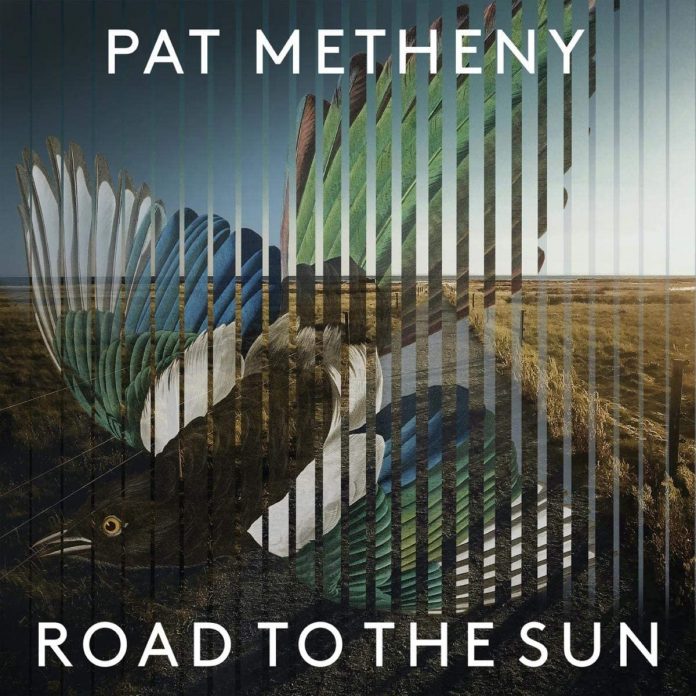 Genre-busting music performed by jazz musicians requires listeners to ask themselves if they’ve been short-changed. There’s a lot of it about, encouraging some to wonder if jazz history hasn’t reached a terminus. “New directions” are explored, which often have little to do with jazz. Pat Metheny admits to having taken a turning – or found a spiritual home – with Modern Recordings, his new BMG label after Nonesuch: “Music is infinite and open”, he says. “I have never felt limited by any of the cultural issues that live on the perimeter of the mission at hand.” He says the label loves music without boundaries in the same way he does.

Maybe he’s always aspired to be the musician – himself – who at last gets to record the 42-string guitar on the album’s makeweight: the Für Alina, by the dour Estonian Arvo Pärt, originally written for piano. The main-man composer on Road To The Sun is, however, Metheny, unlimited by any of the cultural issues that live on the perimeter of the mission at hand. The album’s title has echoes of the journeys undertaken in easy, free-wheeling Methenyland, but at the outset anyway it is more than that. It’s about a serious musician wanting to take himself – well, more seriously. The playing throughout is bravura, including Metheny’s charting of Pärt’s ponderous mysticism.

Metheny may even aspire to be an exponent of the classical guitar, such as Jason Vieaux, who on the album plays Four Paths Of Light; or a member of the Los Angeles Guitar Quartet, all classical but one guitar seven-stringed, which performs the title work. Both compositions are modestly ambitious: the solo work has four sections and the other one six. Four Paths begins with a restless mouvement perpétuel eager for a change of scene, which arrives in the next section from which emerges a plaintive chord-assisted tune. The mood is reluctant to dissipate. In section three the latent restlessness is put to more lyric and formally complex use. The final section’s tremolo theme and stepping bass notes in support mark a Spanish influence in manner if not entirely in matter.

Road To The Sun is unadulterated pleasure, its six sections treating common or similar thematic material which blooms throughout before settling on mellowness in the last section with its delicious featherbedded final chord. Metheny writes as if for a quartet of disparate instruments, like a string quartet, and only rarely falls into the trap of taking them for granted as siblings. But to some extent it’s inevitable. He revels in orchestral possibilities with textures both dense (chordal) and light (contrapuntal) and introduces sonic wizardry at the end of Part 4 that’s only slightly incongruous; he plumbs darker territory just once in contrast to a generally buoyant mood; and, as in the solo work, admits variants of Iberian vigour.

So what have we here? The clue is in the words Paths and Road. The carefree “on the way home via Hotel Nostalgia” character of Metheny’s breezier tunes may be thought to infringe the classical format – a suite – he’s opted to write within. In fact, he’s embraced it without undermining its demands. Those tunes and that character have long made their mark.

Bruce Crowther - 08 January 2020
A native of Milwaukee, Kelley Johnson studied at the Wisconsin Conservatory of Music and also privately with Mark Murphy and Jessie Hauck. Further studies at the University of Washington,...