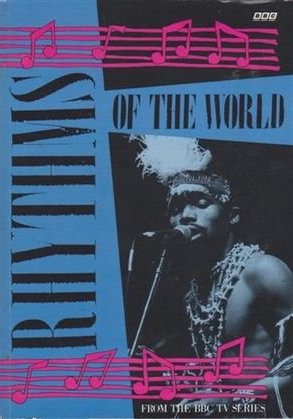 Like the BBC2 TV series from which it has spun off, this book does little to fulfil the brief of its title. I suspect that heading came about because most of the musics covered here are dance forms and the casual listener perceives rhythm before anything else. However, the reader will look in vain among the historical and socio-cultural discussions which form the bulk of the book for basic descriptions, let alone comparative analyses, of the rhythms involved.

There are chapters on the contemporary blues scene (with emphasis on the young Canadian Jeff Healey), on Cuban and salsa music, on the African scene in Paris (with reference to Antillean zouk, Zairean soukous, Camerounian makossa and Alge­rian rai) and on the revival and extension of Hungarian and Bulgarian folk tradi­tions. This last, by Hannibal Records’ Joe Boyd, is one of the most genial and engag­ing essays in the book, and the only one that attempts any substantial musical analysis. Conversely, the chapter on Alge­rian rai gives a thorough history but leaves the reader none the wiser about the charac­ter of the music.

Five of the 11 chapters dwell on the music of Africa, and few pages pass with­out some reference to Africa or Afro-America, none of which is surprising given that the rhythms of those communities have been the most pervasive force for change in music this century. But in view of that, why is only scant reference made to jazz, whose transmutation of West African rhythm led to the development of the most rhythmically vital music the modern world has known? Is it because jazz is no longer considered either primitive or exotic enough to merit the cultural colonialism implied by this kind of book?

It’s left to David Toop, in his scholarly appraisal of the lure of the unknown and the growth of world fusion music, to give jazz proper, if passing, recognition. I’m sure JJ readers will have no difficulty in concurring with his excellent observation that jazz, in contrast with 20th century art music, offers ‘complete intellectual and emotional satisfaction in music played in a bar full of drunks’. Indeed, they may reasonably go on to ask why they should trouble themselves with the rhythms of the world when the very truth of the universe may be apprehended in the music lounge of the Flag & Whistle.