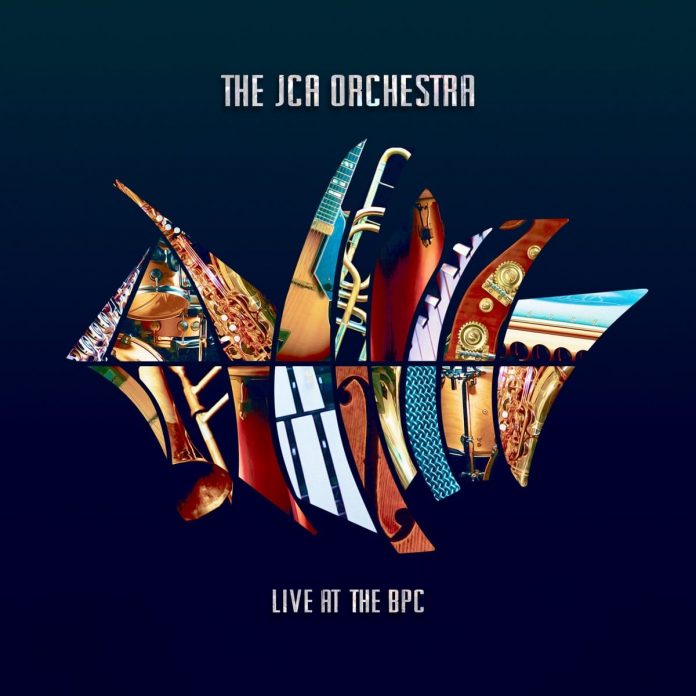 The Jazz Composers Alliance dates back to 1985 and was formed to develop and promote jazz composition. The organisation is Boston based and this concert captured at the Berklee Performance Center represents their 11th album. For the occasion, the orchestra had the additional talents of the Strings Theory Trio comprising two five-string violins and cello.

Four band members are responsible for the music, drawing on differing inspiration for their work. McCoy Tyner was responsible for the end result that is The Latest and Butch Morris’s theories were applied to Orange, Yellow, Blue. Romanople has its roots in the Roman Empire, offset by a very contemporary muse in A Wallflower In The Amazon, a setting of a poem by Darrell Katz – the poem having been written by his late wife.

There are plenty of good solos on offer but this is a composers’ orchestra, hence the listener could be forgiven for thinking the individual contributions are intended to act as necessary bridges between written sections.

All the arrangements make full use of the 22 members of the ensemble, the voice of Shrimpton an integrated instrument, whilst being used extensively on the poem setting. This is no outfit set out to swing constantly, despite a ability to do so, for there are numerous rhythmic twists and turns over an hour of music that sets out to offer challenge without alienation.