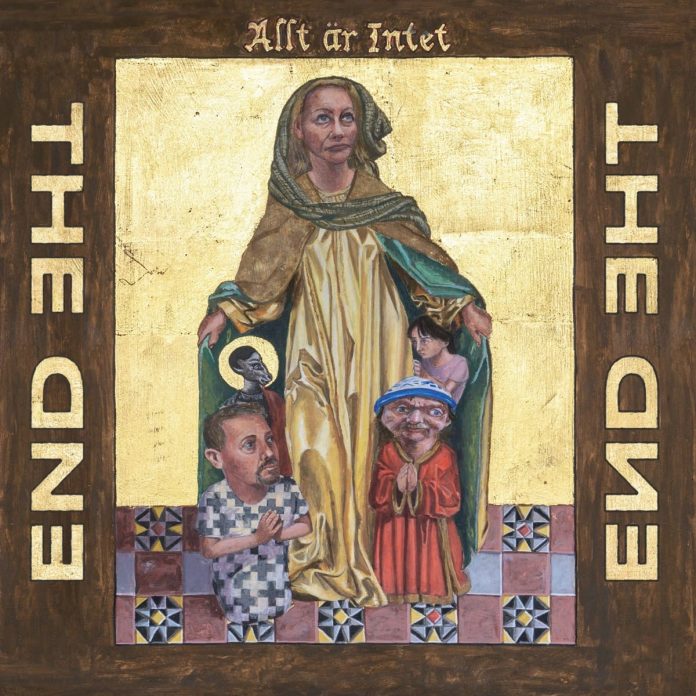 In 2018 I enthused in JJ’s pages about this band’s first release, Svårmod Och Vemod Är Värdesinnen, and am equally struck (an appropriate term) by this follow-up. If you hadn’t heard them before, a line-up including two Norwegians (Moster and Hana) and a Swede (Gustafson) might lead you to expect some Scandi-jazz, but you’d be in for a rude revelation.

The End is more in the splatterjazz tradition. It’s not all brutal bluster and pandemonium though, and even when the turmoil is at its most tumultuous the reeds (particularly Gustafsson’s baritone) may introduce a stately, even majestic, melodic line that hovers and glides like a graceful bird over a fierce North Atlantic storm.

The opener (not a cover of the Elmore James classic but apparently a traditional song associated with US folk-singer Karen Dalton) lets us in fairly gently, sonically at least: the eerie setting and Jernberg’s tense, melancholic vocal is emotionally wringing. The closing track is another cover, this time of a Dewey Redman tune.

Dark Wish turns the intensity full on, until an unexpectedly gentle vocal coda. It’s a memorial to Swedish pianist Per Henrik who, although an adherent of an older jazz style, understood and fostered the music of the young Gustafsson and others of a similar bent.

The title track is (and I don’t mean to be insulting) quite catchy with an earworm quality, though a lot of mayhem goes on alongside it as the piece progresses, and Kraka picks up pretty much where that left off.

If I were to attempt to characterise this music in one image (a desperate enterprise) it would be as a jaw-dropping collision between Karsten Vogel’s Cadentia Nova Danica, Third-era Soft Machine, Diamanda Galas and Olivier Messiaen: a strange and disturbing brew but a gleefully cathartic one.