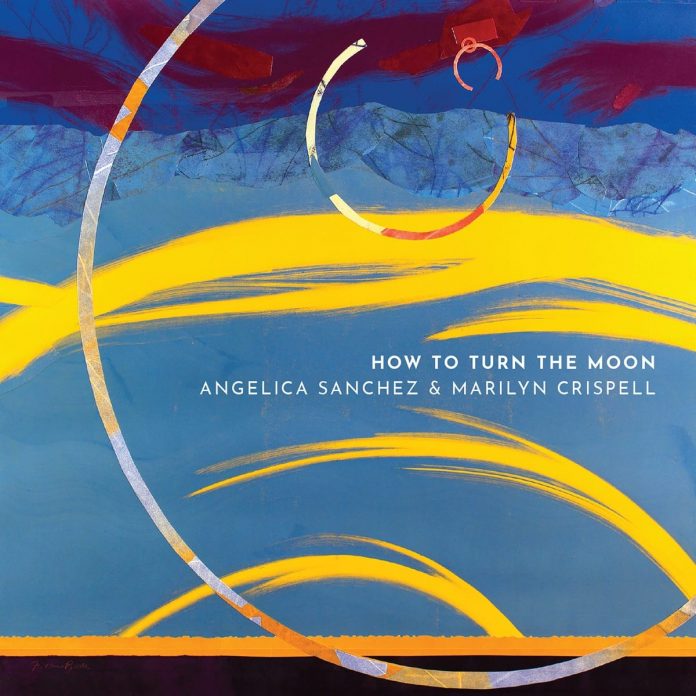 Noted as a free-jazz and improvising pianist, Angelica Sanchez is here joined by fellow pianist and mentor Marilyn Crispell. Working with minimalist preparation, in some cases simply an idea, these two artists develop these pieces sometimes as leader, sometimes as follower, most often through collective inspiration. Although Sanchez is credited as sole composer of seven of these pieces, the other three being co-credited to Crispell, these are all largely improvised works.

Interesting, often intriguing, and always unpredictable, sometimes the music is lyrical, other times ethereal, and there are moments of percussive high drama. In that last-named category, there are moments when the term “percussive” is taken literally as one or both of these artists strike their instruments’ interior in order to create the atmosphere they seek.

As can be seen, the titles suggest abstract thought and this is borne out in some instances by notes in the accompanying press release. While the concept behind some titles is self-evident, in some cases it’s not and these notes are not included on the album cover. Their inclusion might have benefited listeners. Without them, I would have been able to only guess at a few and confidently identify the reference point of only one, namely Sullivan’s Universe.

Not knowing these points of inspiration does not of course affect appreciation of the music being played by these gifted musicians. This is a very good album that will appeal particularly to those who enjoy contemporary improvised music. Fellow instrumentalists will doubtless gain even more pleasure.

Michael Tucker - 05 July 2019
This distinctive Danish trio of quality improvisers have been together for nigh on a decade and have garnered considerable critical praise ever since their debut release of 2012, Sunshine...