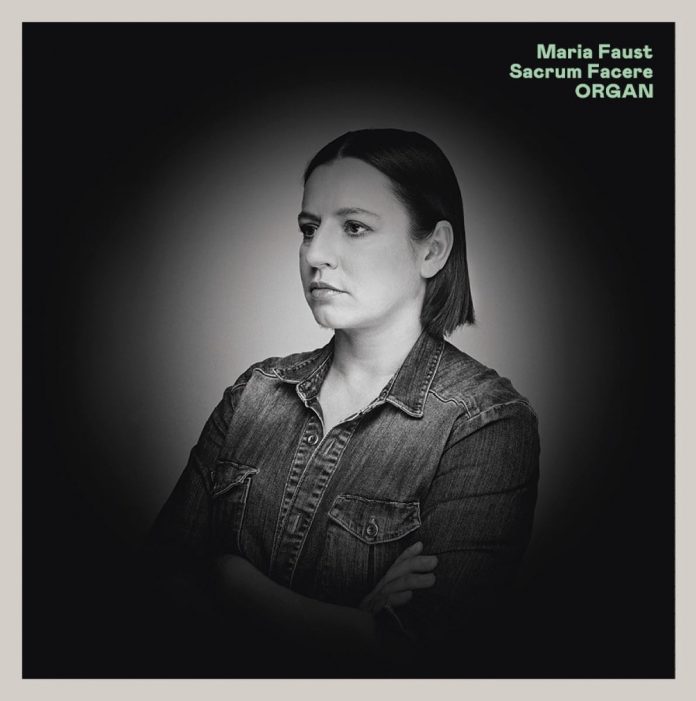 The music for this album was recorded in St. Nicholas’s church, Tallin, in Estonia. The instrument, a baroque organ, was built in 1981 by a Czech company. The original organ, and indeed most of the church, was destroyed by bombing during World War II.

Six tracks represent Ms Faust’s Sacrum Facere and the three remaining pieces are her composition Stroma, arranged for organist Ulla Krigul. This was originally written for Krigul and here has been rearranged for this recording. Krigul is the organist on Stroma only.

The opening selection is Stroma Part I which features the organ in full flow with plenty of dark bass throbbing away. Interjections are made by the various woodwind instruments, but it is mainly an exercise for the magnificent organ. The jazz content comes from the improvised lines played by trumpet, trombone, the saxes, clarinet and tuba. I do not know who decided to put the three parts of Stroma spread out over tracks 1, 6 and 8 but it was not a good idea. It is easy to lose the thread of a three-part composition like this. So my advice, if you are listening on CD, is to play the three parts one after the other. On LP it is a lot more fiddly of course.

The music is heavily organ-based throughout and the improvised lines are sketchy, so jazz interest is limited. On Milk and Nin there are strong alto solos from the leader and trumpeter Wiklund has a good workout. Some of the later tracks lean towards free-jazz expression on the improvised solos but all are somewhat overshadowed by the organ.

Some of the ensemble playing is dark and eerie and reminiscent of the soundtrack music for the film The Shining. I half expected to hear a half-crazed Jack Nicholson screaming and yelling over the instruments. This underlines the fact that ultimately this is more modern classical music than jazz, although some of those woodwind solos are fascinating.