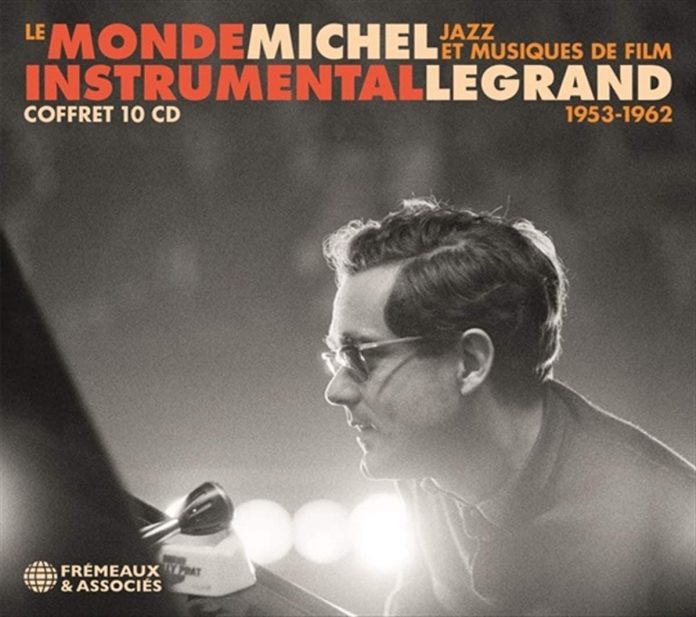 I am reluctantly writing this at the request of our editor. A long-time admirer of Legrand’s jazz albums, I wrote his obituary for Jazz Journal. Although I requested this box set for review, I was unaware that it is a 20-CD collection with a minimum of jazz and a plethora of “musiques de film”, poorly packaged and totally devoid of personnel on the usually excellent French Frémeaux label.

The hundreds of song titles are in a form of eye-watering microprint on the sides of the box, while the accompanying booklet is in French (OK for some) and/but of little real value. The discs themselves are misleadingly labelled simply by numbers, and can only be partially identified by miniature replications of the original LP sleeve covers on the back of each twin set.

Legrand, of course, made his popular reputation with his scores for such films as Les Routes De La Sud, Une Femme Est Une Femme, and Dingo. He is also represented in this monumental set with small and large ensembles starting from 1953, including performances of Rhapsody In Blue and An American In Paris, Rendezvous A Paris, and Folksongs For Orchestra. None of these – or the numerous other – confections, will arouse or sustain the interest of true jazzers or the most ardent Francophiles.