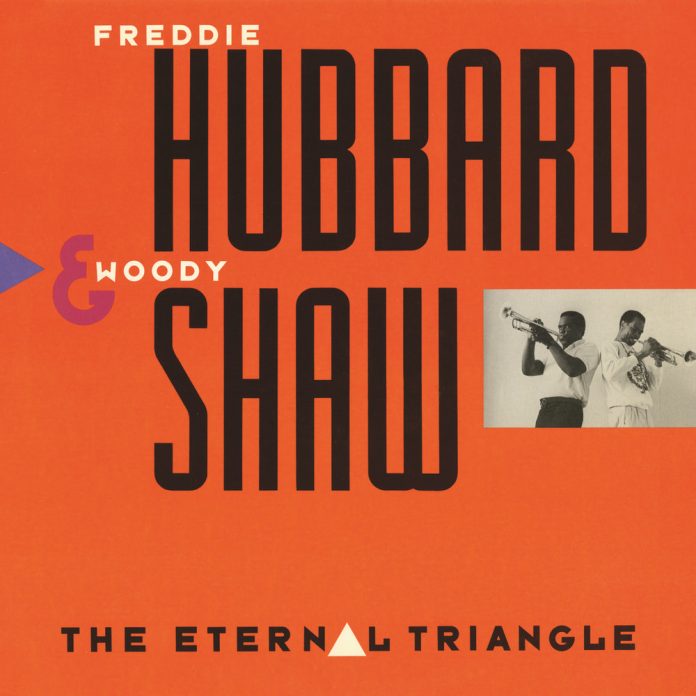 The Eternal Triangle is a follow up to the well received Double Take recorded in 1985. Hubbard, now long distanced from purely commercial considerations, per­forms outstandingly, a crackling sharpness about the horn car­rying all before it. Shaw is not far behind, evincing the clarity of purpose evident in all his best performances.

From the outset, the mood is up; Down Under is a romping Hubbard original first used on a Jazz Messengers recording and carried along nicely by the rhythm section, the trumpets matched by Garrett in a preaching mood. Sonny Stitt’s Triangle steams along at break­neck pace, Hubbard rattling through a solo of fierce aggres­sion, urging his fellow musicians into equal belligerence.

Lee Morgan’s soulful Calling, finds Shaw relaying the message forcibly and receiving the approp­riate reply from the congregation, whilst the lilt of Sao Paulo, penned by Kenny Dorham, adds a wel­come contrast the the general air of intensity. Miller acquits himself admirably throughout, Drummond confirms his already sizeable reputation and Allen pro­vides the driving force not far short of Blakey horsepower. If there could have been room for a ballad along the way it might have come as a welcome breather.

Suffice to say this one will stand alongside numerous other Woody Shaw projects, as proof of how sorely missed his talents will be.
Peter Gamble