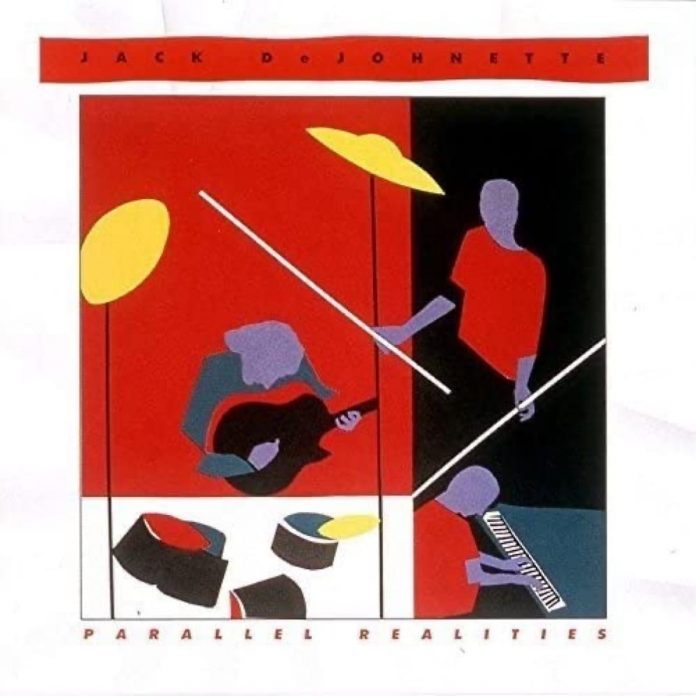 Perhaps the most interesting aspect of this cheerful set is the absence of Dave Holland. Although he toured with the trio this summer, all the acoustic bass sounds here are synthesised. Were funds short, was Holland out of town, or did DeJohnette make a conscious decision to counterfeit the bass parts?

The latter is a prime suspect, although in practical terms it makes little difference which instrument was used. Except for the fact that it won’t interact, the sequenced bass is superficially indistinguishable from the real thing, especially when, as here, its main role is to provide simple or ostinato lines.

Given such stasis in the basis, it will come as little surprise to learn that Parallel Realities does not essay the most demanding of idioms. Among them are FM rock (the intro to Jack In), the lilting Latins (Exotic Isles and Indigo Landscapes), 9/4 reggae (Nine Over Reggae, sure enough) and a Killer Joe-type groove (John McKee). However there are meaningful moments, not least in Metheny’s Dancing. As well as being strongly developed, this features one of several examples of Hancock’s compelling soloing. As on his own Future Shock and Manu Dibango’s Electric Africa, Herb demonstrates his special ability to lighten the modal dark­ness, punctuating his lyrical flow with ear-catching and tidily re­solved sideslips and substitutions.