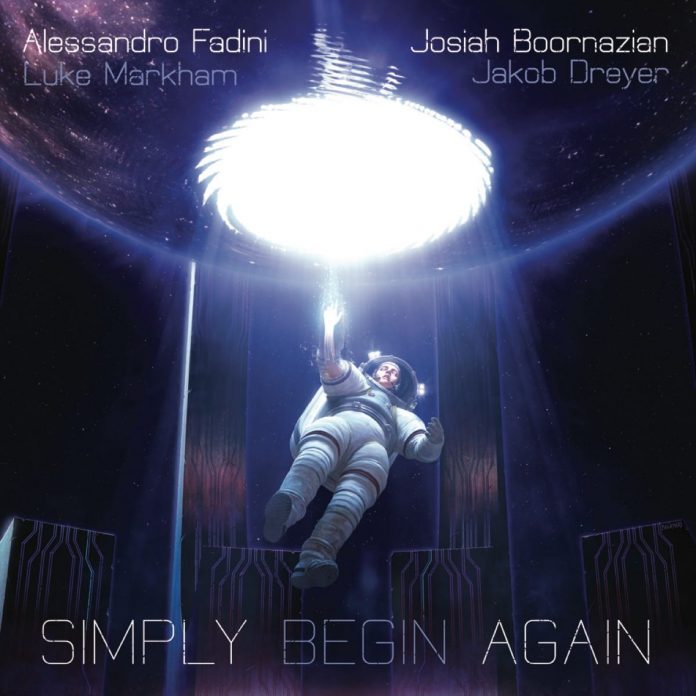 Hyperactivity seems to be a growing trend in contemporary jazz, but oddly that hyperactivity rarely seems to go hand in glove with a sense of urgency, or indeed the desire to break free from now deeply entrenched templates the onset of which seems to correspond roughly with the era in which guitarists and keyboard players first started plugging in.

Thus this programme largely of machine-tooled fusion is disturbed more or less exclusively by Boornazian’s live digital-effects pedals, which inject abstraction into the occasionally pretty melodies and repetitive vamps, the last of which unsurprisingly are not minimal in the senses evoked by the likes of Terry Riley or Morton Feldman. A number of tracks are referred to as free improvisations, all of them below three minutes duration, and their brevity ensures they don’t startle the horses.Trumpeter Sherman only appears on Foragers and Theme For The Lonesome Wanderer, which as far as I can hear is a bit of shame as he brings a different aspect to proceedings.

To my ear the relative sound and fury of the title track, all resolved by tranquil piano, has little in the way of tension and release, although it does have a fair measure of the sterility that digital recording so easily captures, just as such recording seems to drain the life out of the sound of a metronomically struck snare drum. Indeed there are times when the backbeats, as backbeats do, serve to keep the music firmly grounded, as on Cycling Dreams, where Boornazian strives for and to some degree reaches the strain of “soulfulness” that was once a hallmark of David Sanborn’s work, and indeed might still be.

While we no longer live in an era when “giants” of jazz and improvised music are thick on the ground, despite publicists’ assertions to the contrary, and while there are of course only so many trails to be blazed, calling off the search for those trails, along with the apparent reluctance to take risks, makes for this reviewer music likely only to collect dust on a shelf for years, and I’m afraid this album is a case in point.

The three stars are inevitable if we apply some basic criteria, but anything beyond such criteria is sadly lacking here, at least as far as I can hear.
Fresh Sound FSNT 601

Leon Nock - 17 December 2019
In Hadleigh, Suffolk, native son and drummer George Double is something of a grande fromage. He engaged with saxman Art Themen and organist Pete Whittaker in a three-way email...

Jazz Journal - 31 December 2021
Talking about his music on the liner Courtney Pine says: 'Once I finally started to understand the logic of John Coltrane's music, my first thought was "Leave it alone."'...