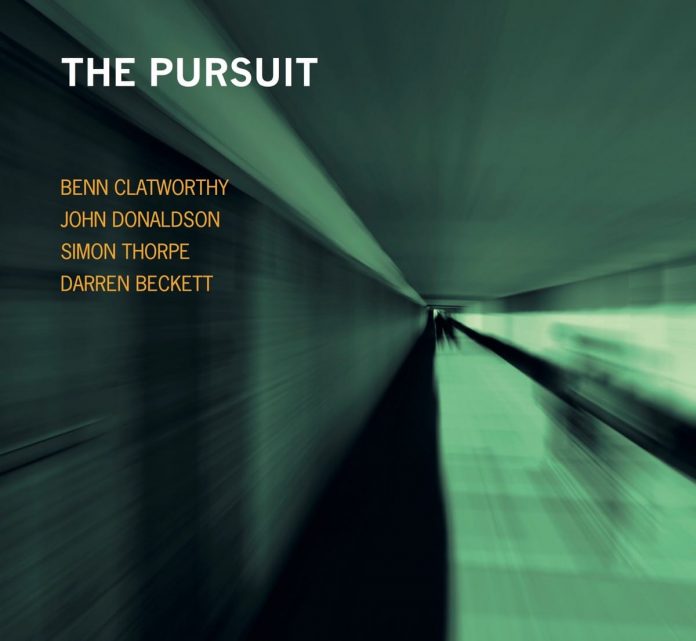 Benn Clatworthy, born in Hastings and raised in London, has lived much of his life in the United States. In his early 20s he was playing tenor sax in various outfits across London. He moved to Los Angeles in 1980 when he was 25 and played in the clubs there. Over time he perfectly assimilated the musical style of his major influence, late 50s Coltrane, and before he’d reached 35 Clatworthy was playing with Horace Silver. He then went on to work with greats such as Cedar Walton, Lionel Hampton and Billy Higgins amongst many others.

The Pursuit, subtitled A Quest For Beauty, features Clatworthy’s UK quartet with long-standing pianist John Donaldson and first-call bassist Simon Thorpe at its core, plus “new” drummer Belfast-born Darren Beckett, who’s relocated to the UK after 21 years in New York.

The album comprises five Clatworthy originals, one from Donaldson and an arrangement each from Thelonious Monk and Billy Strayhorn. I was intrigued by the titles of Clatworthy’s compositions and Simon Thorpe kindly emailed him at home in California to ask for the clues to the backgrounds.

The title track is an urgent hard-bop number with blistering sax, sizzling piano and intense backing from Thorpe and Beckett. Clatworthy says the title refers to what the band does – i.e. they try to play beautiful music. In calmer contrast, Ugly Beauty is a sensitive rendition of Monk’s ballad with skilfully fragile sax soloing. Just Another Addiction is a blues with catchy sax, cool piano solo, mesmeric bass and smart drums. This One’s For Celia is a poignant ballad with Clatworthy soloing movingly on flute. The song was written for his mother-in-law.

Space 22 is where Clatworthy parks his car when he takes his dogs to the beach in the morning. It’s an uptempo number with tricky sax and piano, great walking bass and labyrinthine drum work. Donaldson’s alluring ballad, Louisa’s Song, follows with wistful sax and piano. The uptempo Bolivian Odyssey has fluctuating rhythms, intricate sax, quicksilver piano and a sparkling drum break. The number reflects a trip that Clatworthy made to a Bolivian jazz festival during a hurricane.

The indelible closer, a cover of Strayhorn’s plaintive My Little Brown Book, is beautifully played by Clatworthy and the album’s quest is duly accomplished by all. From searing Coltranesque energy to exquisite balladry this album is top-drawer jazz.

John White - 08 July 2020
Writing in 1977 - the day after Erroll Garner’s death - Whitney Balliett characterised him as ”an anachronism who belonged with the great jazz primitives of the twenties and...