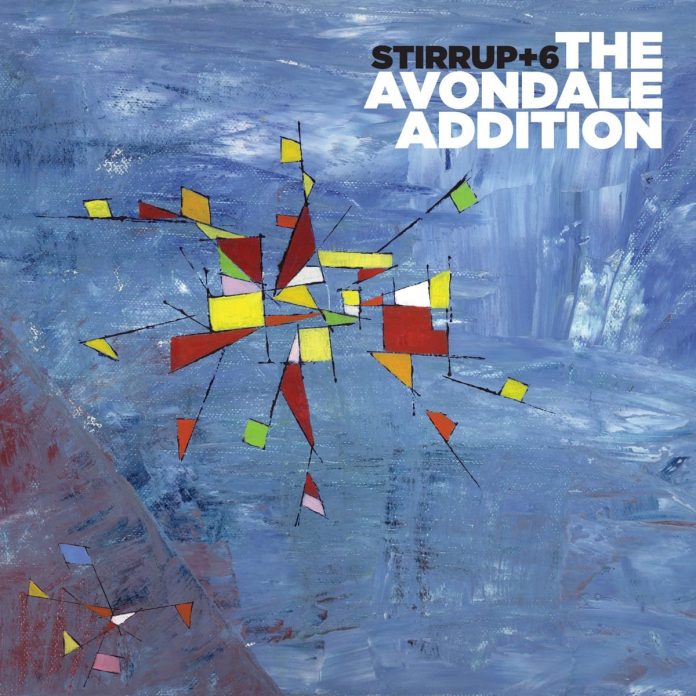 Formed in Chicago in 2009, improvising trio Stirrup continue to confound expectations. Former Braxton student Fred Lonberg-Holm is of course a master of extended techniques and microtonal improvisation, and while something of this is certainly written into the group’s DNA, Stirrup are primarily a tunes-based band. Embracing long-forms, unfurling melodic lines, acid harmonies and deeply swinging grooves, the closest precedent is perhaps some of Tom Cora’s work with Curlew.

Recorded just a few blocks from Chicago’s Avondale Park in June 2017, this set is a departure from Stirrup’s usual format. It’s essentially an amalgam of Stirrup and Lonberg-Holm’s Lightbox Orchestra. The cellist/guitarist sits out and provides visual cues to an extended ensemble as Macri and Rumback do their usual thing. All of the compositions have appeared on Stirrup’s three previous commercial releases, but the prospect of hearing the pieces recast by such a stellar ensemble is hard to resist. With a guest list that includes the one and only Mars Williams (Hal Russell, Vandermark 5), Keefe Jackson (Urge Trio, Fast Citizens), and Russ Johnson (Other Quartet, Matt Ulery), the results are predictably brilliant.

Lonberg-Holm’s dancing Song For Salim is presaged by an abrasive three-minute improvised passage, and Rumback is at his most forthright as the reeds begin their joust. The drummer’s Salt Lines pivots on a waltz-time groove redolent of the best of Dennis Gonzalez’s Silkheart output from the late 80s, and Johnson’s slow-burning solo is imbued with dusky lyricism. Floating Melody arrives in a hail of staccato before finding its groove, only to be blown apart by the irrepressible Williams whose fiery solo climaxes somewhere in the ultra-sonic spectrum.

Modal groover Insen For Yonsei inhabits an Eastern realm, while the languid gait of Little Spots is interrupted mid-stream by Lonberg-Holm’s conducted ensemble improv. The rubato strings which introduce Rodney’s Last Ride give little clue as to its final torrid destination, though the closing Domi’s Dream is a more placid affair. Taking forward momentum from composer Macri’s bass harmonics, its centrepiece is another beautifully crafted solo from Johnson.

Powerful, alluring and good for the soul, the many sleights of hand of Avondale make it unlike anything else in the group’s discography.

John Adcock - 29 August 2020
A bold, ambitious double album from Matt Steckler that reflects his eclectic tastes and interests in a wide range of music. Designed as a continuous listening concept, the two...