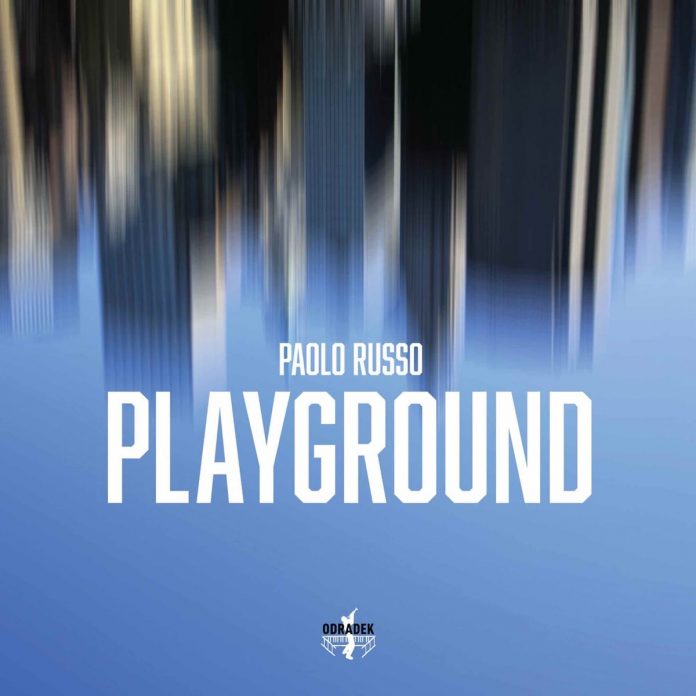 Playground is the Italian musician Paolo Russo’s 17th album, and showcases his skills as pianist, bandoneonist and composer. It presents a whimsical journey inspired by the freedom of children at play. Russo plays an array of instruments for this album: bandoneon, piano, synth and percussion. He has been a bandoneonist since 2001, including it more often in his own productions.

Through his compositions and improvisations, Russo expresses a journey on which he navigates the differences between tonality and atonality, sacred and wicked, structure and disorder. His bandoneon skills bring a mysterious nostalgia to his compositions, whilst his piano playing is elegant with much clarity.

Russo begins with Schisseando, a jarring composition both texturally and tonally with moments of sudden delight from the mystical piano. The moments of rubato and trills from the bandoneon within the second track Novelletta are hypnotic. Russo drastically changes the mood of this album with his third track, On The Edge Of The Abyss. This two-minute interlude is quiet, moody and contains mainly flourishes and spread chords from the lower range of the piano.

Then comes the vast contrast of Dublin Road: a minute of folk-like bandoneon chords set against a steady and subtle drum beat. The most prominent aspect of this album is Russo’s ability to interchange his skilful approaches from piano to bandoneon to percussion to synth. The 10th and 11th tracks, Ten Horses and Immanent, bring rhythmic excitement and fast-paced movement in both the piano and bandoneon parts, the latter proving far more jolting through its atonality.

Playground excites and challenges many standard practices within jazz, particularly through Russo’s explorations of instrumentation, texture and the variety of musical atmospheres he successfully and convincingly creates. No track is alike and yet all are enlivened and animated in their unique way.

Simon Adams - 12 August 2020
The Majamisty Trio from Novi Sad in Serbia have now released three albums, the first two of which were Mistyland in 2011 and Love in 2014. However, I am...