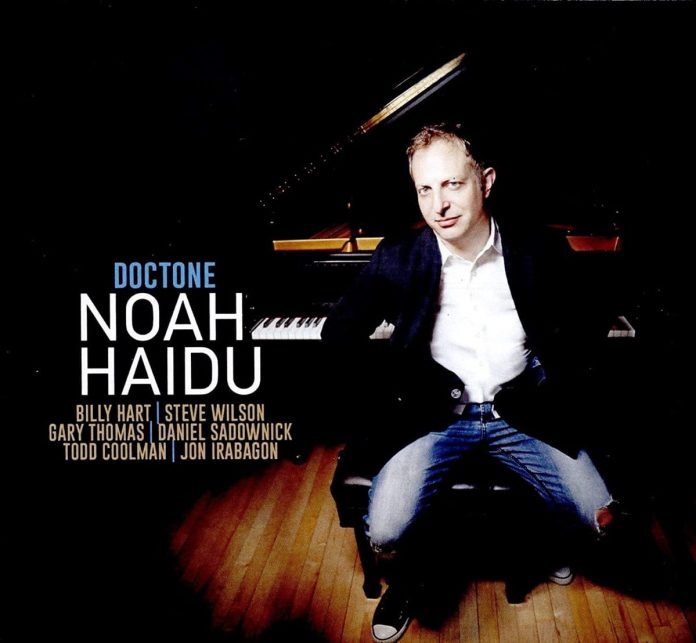 Haidu’s album is devoted to the music of the late Kenny Kirkland and all the selections, apart from Haidu’s Doctor Of Tone, are Kirkland compositions. The session is mainly based around Haidu’s piano, bass and drum trio, but several tracks are augmented with various saxophone players.

The trio sail through Doctor Of Tone, a medium-tempo exercise for piano with sympathetic support from Hart’s drums and Coolman’s bass. Midnight Silence is a lively Kirkland chart, played by the trio until near the end when Steve Wilson’s soprano joins in. Blasphemy has the trio in full flight with Jon Irabagon supplying an intense, churning tenor solo. Although Haidu claims the Kirkland music does not lend itself to improvisation, he and his musicians and guests turn this suggestion on its head by coming up with well thought out improvised solos throughout.

Dienda I is a slow, reflective workout for the trio alone and Dienda 2 is the same but with more varied solo stretches and a solid swing. Mr J C is an exercise for the trio with Gary Thomas coming in on tenor sax. The trio, alone again, get a chance to swing hard on the long Tonality Of Atonement. This track in particular shows how well integrated the trio is, animated by Coolman’s fluid lines and the snap and sparkle of Billy Hart’s drumming. Wilson returns on Chambers Of Tain, playing alto and soprano during the course of a long stretch by the trio. Fuschia takes the tempo down a notch with a well-wrought piano excursion and Irabagon returning, this time with a spiralling soprano solo. Chance rounds things off with an uptempo swinger where Hart gets a chance to shine on a lively drum and cymbals solo spot.

Good as all the musicians are and fascinating as the Kirkland music is, the inventive and spontaneous playing by the basic trio made me think it would be good to hear a programme by them alone, without extra horns. Overall, though, an interesting, speculative release.