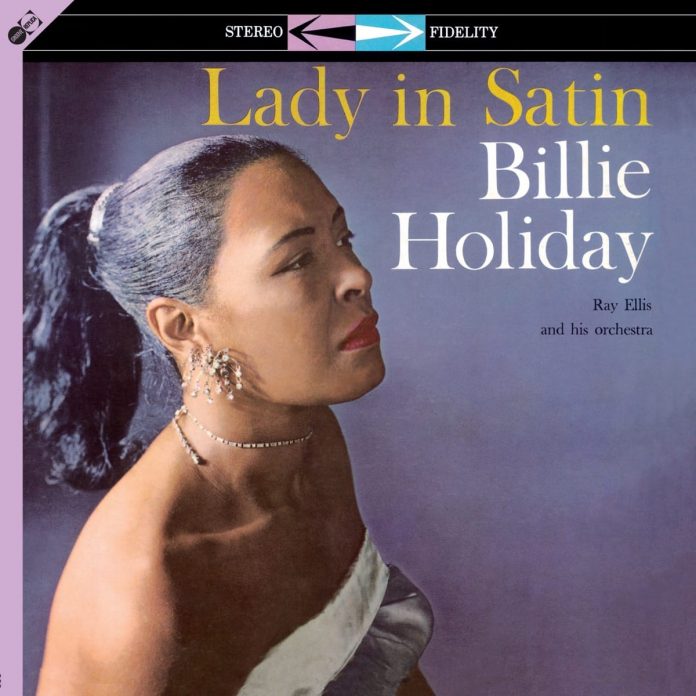 As comparatively recently as September 2019, I reviewed this music on the Jazz Images label with six bonus tracks from 1955-1958. This release has all that music plus two tracks from a concert recorded at the Plaza Hotel in September 1958. The big difference in the two releases though is that this one has a 180-gram vinyl LP on offer and tucked into the record sleeve you get the CD as well. Two for the price of one? Well, maybe not quite but it is useful to have vinyl in the living room and the CD for the car and computer or whatever.

There isn’t a great deal of difference in the sound but that may be because I think this is a straight digital transfer to vinyl and it has not been an all-analogue issue. Even so there is an extra warmth in the LP sound but that’s the peculiar magic of vinyl.

Most important, of course is the music and I can’t add much to what I said last year except to repeat that Billie wanted very much to do this session with Ray Ellis’s orchestra and it is a haunting, emotional experience listening to her overcoming a loss of voice and somehow conjuring up a moving jazz performance against the odds. The orchestra deserve praise too of course and particularly the soloists – J.J Johnson, Urbie Green and trumpeter Mel Davis – whose sombre solos key into the mood of this recording wonderfully.

The standard songs are all well-known and good quality, and all were chosen by Billie herself. According to Ellis at a later date, Billie did not know the words of some tunes and he claims that he sent her into a corner of the studio with the pianist to learn them. Which, of course she did. Harsh words and some swearing ensued and it is variously reported that Billie needed a bottle of gin to get through the session. Other reports say it was vodka, but the exact beverage doesn’t really matter – at all events it was never a smooth recording session. Billie’s voice, or what was left of it, comes across starkly and with pain and a bitter edge but the result is, miraculously, a major jazz performance.

The voice, when still sounding clear, can be heard on the bonus tracks, on CD only. A set from 1955 has Harry “Sweets” Edison on trumpet and there is that slow blues, Fine And Mellow, recorded for an American television show where Billie sings and there are solos from Lester Young, Ben Webster, Coleman Hawkins, Doc Cheatham and Vic Dickenson on offer. Finally, there are two pieces from a concert at the Plaza hotel in New York in 1958. Billie on good form here with strong backing and an enthusiastic audience to spur her on. On balance and considering what is on offer, this is the version of Lady In Satin to go for.