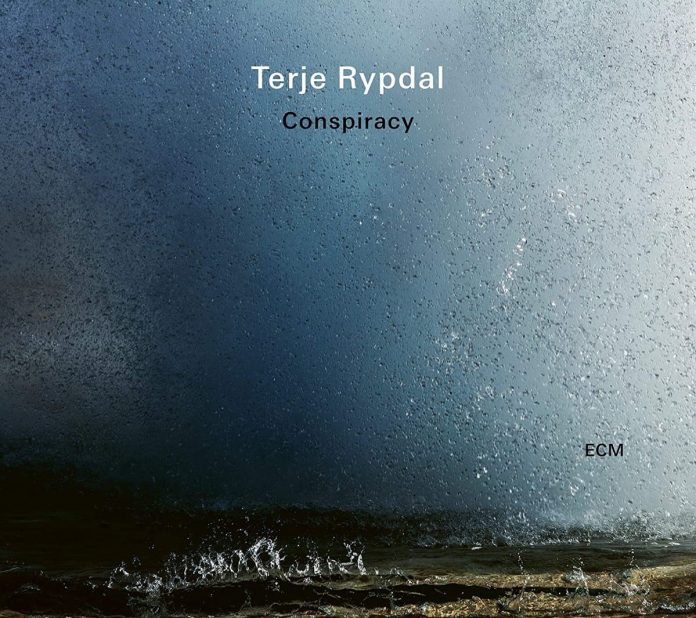 If you go to YouTube you can find the 70th birthday concert which this Norwegian master of the Fender Stratocaster played a while ago with his latest band Conspiracy (featuring a different bassist from this recording) at Victoria, The Nasjonal Jazzscene in Oslo. Lasting just under two hours, the concert contains plenty of excellent music. But to my ears, reviewers who have admired the music on the present release but regretted the playing time of just over half an hour – “if only it were twice as long” – have missed the point.

This album distills Rypdal’s special genius as few other of his ECM sessions have done since the mid-to-late 1970s masterpieces After The Rain and Descendre. In particular, the music provides some of the best evidence to date of the breadth and depth of Rypdal’s exploitation of both sonic range (sample Thinking) and poetic potentiality; his signature integration of Mahler-to-contemporary composition and genre-bending improvisation, soaring and searing adagio sound cluster and diversely inflected legato momentum.

The overarching contemplative mood is established from the first bars of Ghost, with the rocking ’n’ pumping toughness of the title track (which should appeal to Jeff Beck fans) providing adroit complementary contrast to the tender, yearning introspection and tone poem sensibilities evident elsewhere (the last epitomised by the brooding, concluding Dawn). Rypdal and Thowsen go way back together and Storløkken is also a long-time contributor to Rypdal poetics. Both perform excellently, while the stand-out surprise of the package is young new bassist Hallre on fretless and Fender Precision instruments: enjoy his patient, beautifully rounded lead figures on Lonesome and Baby.

A superb album, surely destined to become a classic of this Nordic maestro’s singularly distinctive oeuvre.

Derek Ansell - 12 December 2019
On an album recorded partly in Brazil and partly in London Ms Elias has chosen to present her programme of love songs with a big string orchestra, her own...