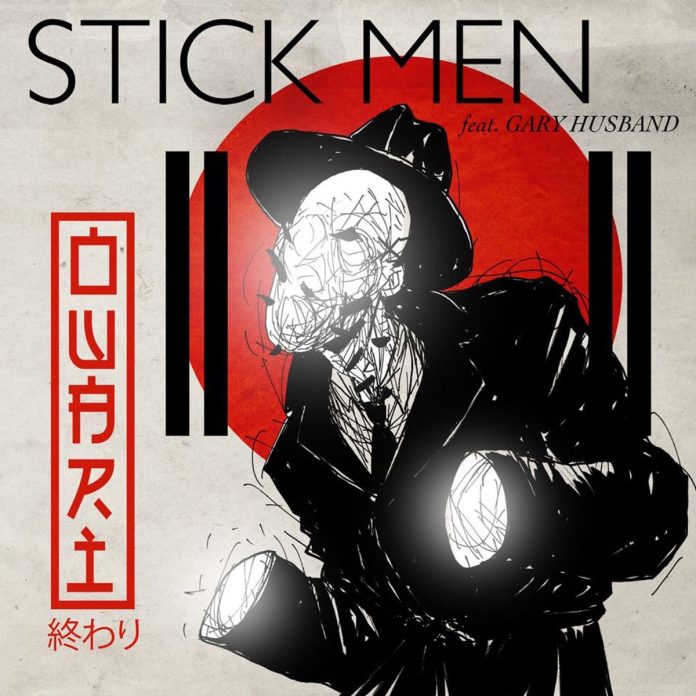 Bassist Tony Levin is the musician who popularised the Chapman Stick bass instrument. The stick is a fully polyphonic electric instrument that can simultaneously deliver bass and melody lines in addition to chords. It has a similar look to a guitar but is much more complex with 8, 10 or 12 strings. It is played in a position approximately 30 to 40 degrees from vertical with a hammering-on technique similar to playing piano keys, so there’s an element of tapping which is one of the primary characteristics of the stick instrument. (Some guitar players adopted a tapping technique – two notable examples being Eddie Van Halen and Stanley Jordan – but this is not the same as playing the multi-faceted stick.)

Levin contributed to the recordings of Peter Gabriel beginning in the late 1970s, but is perhaps best known for his association with King Crimson. He’s also recorded with John Lennon and Yoko Ono, David Bowie and Pink Floyd and in the jazz world with the likes of Buddy Rich and Herbie Mann. So it’s not a coincidence that fellow Crimsonite drummer Pat Mastelotto appears here. He actually co-founded Stick Men with Levin in the early noughties.

Markus Reuter replaced Stick Men’s Stick man Michael Bernier in 2010 and has appeared on five of the band’s albums including this one. Reuter, a classically trained pianist, guitarist and mandolinist, began playing the Chapman Stick and Warr guitar (another “touch” instrument) in the 1990s and by the next decade was developing, adopting and marketing the U8 and U10 Touch Guitar instruments, the type he plays here along with a semi-acoustic version, the AU8. The personnel for this session is completed by guest keyboardist Gary Husband, who has played in groups led by John McLaughlin and Allan Holdsworth to name just two legendary guitarists.

The story behind the recording is a fortuitous one. In early 2020 the group had embarked on a short tour of Asia incorporating gigs in China, Hong Kong and Japan. However, in February, Blue Note China cancelled the shows there due to rapidly spreading Covid-19. The Hong Kong leg had already been postponed due to growing political unrest. The tour now consisted of four dates in Japan but just before the first performance on the 28th February a state of emergency was declared by the Japanese government, resulting in the closure of all public venues from the 29th. This first show would therefore, sadly, be their last for the tour. So the capture of the resulting 77 minutes is a lucky memento of this otherwise hapless excursion.

The music tends to oscillate between ethereal soundscapes (courtesy of Reuter) and heavy-duty zingers. The opener, Hajime (Peace), an example of the former, is elevated by the inclusion of a sample of Deborah Carter Mastelotto reciting Pete Sinfield‘s Peace from King Crimson’s In The Court Of The Crimson King (Island, 1969). But there are more visceral numbers such as an appropriately meaty version of King Crimson’s Lark’s Tongues In Aspic, Part 2 and the equally muscular and fuzz bass-rich Level 5. The title track is similarly prog-heavy with Levin’s bass producing a satisfyingly metallic tone. Levin also contributes vocals on two songs. On Crack In The Sky, his raspy recitation appears to channel Clint Eastwood at his most menacing. Whereas on Prog Noir Levin’s singing is redolent of Tony Williams on Turn It Over (Polydor, 1970). The real surprise however is the final, bonus track The End Of The Tour which at 16 minutes is the longest on the album. It is reminiscent at times of the eponymously titled debut album Weather Report (Columbia, 1971). Keyboardist Husband makes a vital contribution here as does Mastelotto, whose spectral percussion generates a spine-tingling aura.

India Adams: Comfort Me With Apples / Easy Williams: Easy Does It

Derek Ansell - 19 June 2019
Another two forgotten singers who should never have been abandoned appear here on this CD. India Adams is up first and no, she has no idea how she got...