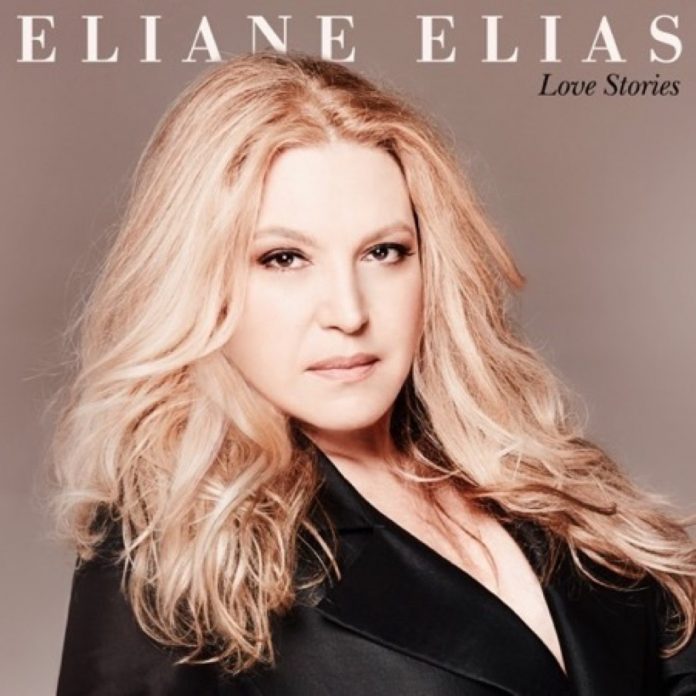 On an album recorded partly in Brazil and partly in London Ms Elias has chosen to present her programme of love songs with a big string orchestra, her own vocals and keyboard work, along with long-time collaborator Marc Johnson on bass.

Her approach throughout virtually the entire session is a soft-focus Brazilian crooning style with the strings sweeping around her and the occasional snippet of a brass or reed solo. Most of these pieces have a familiar bossa-nova flavour with a few guitar interjections from Marcus Texiera and with four Brazilian drummers sharing rhythmic duties. The tempo rarely rises above medium and the majority of tracks are slow, creating a somnambulistic mood. A little more variety of tempo and material would not have gone amiss. Because of the slow, relaxed mood the sweeping strings tend to give a cloying effect, not helped by Ms Elias’ subdued vocals throughout.

Angel Eyes is a typical choice for a CD of love songs and here Ms Elias gives it the full romantic vocal treatment. There is a nod to Frank Sinatra with Come Fly With Me although this version suffers from a sleepy, slow treatment until the last chorus.

Overall this is not the best example of Ms Elias’s considerable talent and she is not helped by a rather muddy recording. Only her jazz piano playing really shines in this setting where she does, occasionally, break out and swing it. As late-night listening when you don’t want much excitement or distraction this will fit the bill but you will probably want a bit more variety of tempo.

Fred Grand - 28 October 2019
In layman’s terms an exothermic reaction is one in which considerable heat is released as different elements react and combine into a new compound. Describing a process of interaction,...