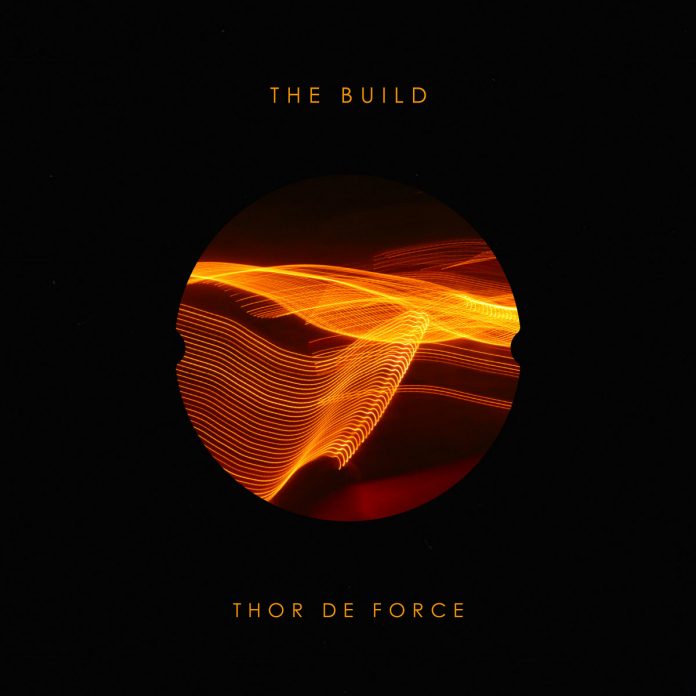 You only have to watch some of the excellent YouTube videos of Thor Madsen and his trusty Fender Jazzmaster live in performance to realise that The Build really does not do justice to his undoubtedly prodigious talent.

This is a shame because there’s obviously a lot of effort crammed into this near 40-minute outing. Another clue to Madsen’s talents is the fact that he plays several other instruments on the album including all keyboards, synths, bass and percussion.

Madsen was born in Chicago but grew up in Denmark. Influenced by his guitarist brother, he proceeded to learn guitar and put together an acid jazz group influenced by the likes of Guru, Us3 and Digable Planets. As an adult, Madsen moved back to New York and was soon adopted onto the Nublu and Hip-Hop scenes.

He gradually concentrated on the jazz and electronica movements and performed with The Nublu Orchestra, Wax Poetic and Our Theory, subsequently changing his name to the punning Thor De Force. Madsen started writing for The Build around December 2018 but it was actually recorded in Copenhagen over the next two years up to and including January 2020.

The album’s 12 tracks represent a stylistic potpourri from the synth-heavy opener Machinuk through the George Duke influenced electro-funk of Essence Omnipresence and Blue Bear. Or there’s the phat bass of New Stella and Rug That Ties The Room, invoking 70s Headhunters. There’s even a smidgeon of Zappa-like percussion on Fifth Heaven. But sadly Madsen mostly confines his guitar work to comping or fleeting adornments which is a slight disappointment.

The Build follows much the same path as his other records, Sounds Of The Mansion (Ropeadope, 2019) and the EPs Sundays In September (PG Sounds, 2016) and Big City Abyss (Nublu Records, 2009). However there’s a distinct difference between those and his single release Jazz Marley (Ropeadope, 2020), where his guitar work is gratifyingly prominent. This is an album that will highly appeal to the electro-funk market at which it is aimed.

Thomas Fletcher - 06 October 2021
Joel Frahm has been based in New York for almost 30 years but has now settled in Nashville. He is still one of the most in demand saxophonists across...