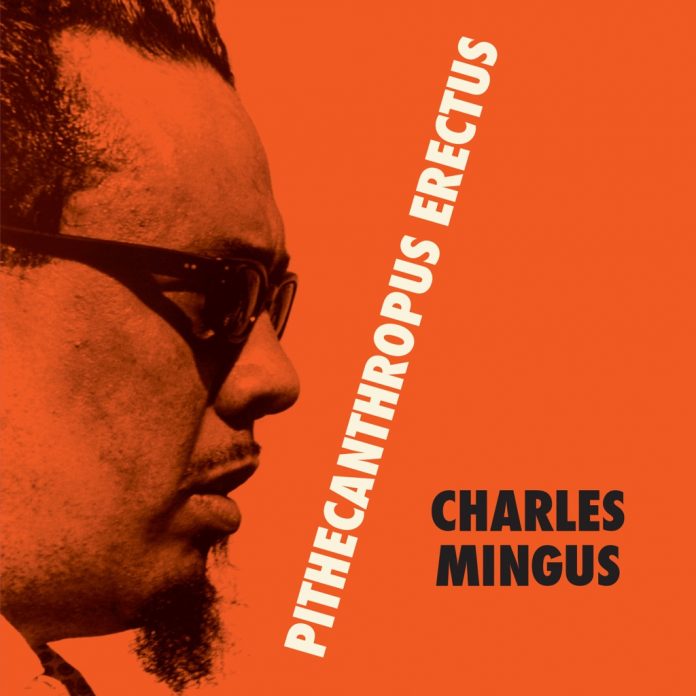 The epic Pithecanthropus Erectus is one of Charles Mingus’s earliest large-scale works. As he explained at the time, “It depicts musically my conception of the modern counterpart of the first man to stand erect – how proud he was”. It was initially underrated but as this 10 and a half minute emotional roller-coaster reveals it has more than stood the test of time.

This was the first album where he famously prevailed on his sidemen to memorise the music instead of slavishly reading the dots. After a dramatic opening J.R. Monterose emerges from the ensemble sounding like an early Sonny Rollins backed with occasional squeals and trills from Jackie McLean’s soulful alto. There are free blowing segments, ostinatos and some collective improvising which were quite different to the theme and variation routines available on many recordings of the day.

A Foggy Day is notable for the traffic noises provided by the group during Monterose’s exposition of the theme which call to mind similar street sound-effects on Clifford Brown and Max Roach’s introduction to Parisian Thoroughfare from their 1954 recording. Profile Of Jackie has McLean front and centre on a tender ballad worthy of something Duke Ellington might have written for Johnny Hodges and at a little more than three minutes it is over all too soon. Love Chant begins as an extended piece of minimalism with short sections of collective improvisation before settling down to extended blowing on a Perdido sequence.