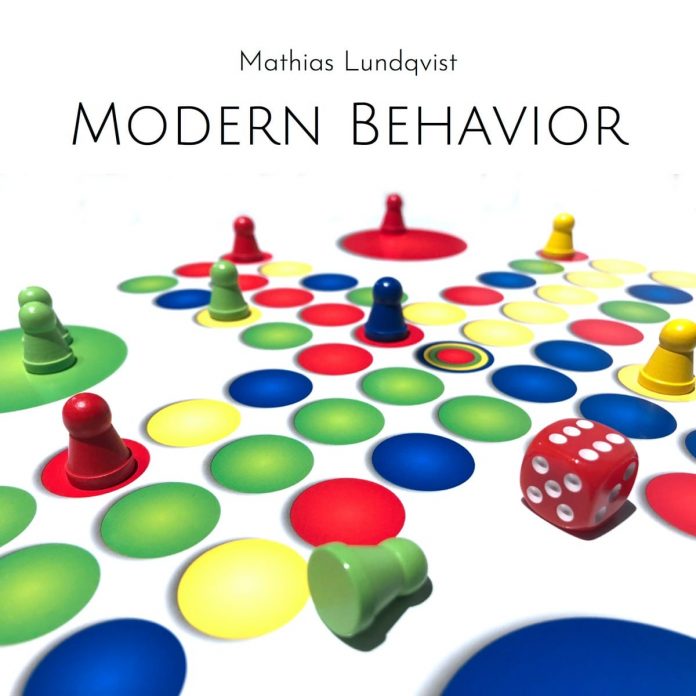 Released on his own label, this is Swedish pianist and composer Lundqvist’s second album following his 2018 debut release För Kännedom which won him 1st Prize in the jazz category of what the accompanying press release calls “the highly regarded International Songwriting Competition”. Modern Behaviour is a strong follow-up.

It’s a loosely connected song cycle about contemporary issues of identity and interaction in the “social media times” we are alleged to live in: hear the scrambled, low-key crowd voices in Alternative Facts. The recital features (mostly) patiently measured, effective vocals from indie-pop singer Sandra Widman and actor and musical theatre performer Maria Lindström, set across or within an unusually configured blend of sonorities delivered by a spot-on and well-attuned ensemble of jazz and classical musicians.

Lundqvist, whose pianism is clean-lined and lucid throughout, wrote and arranged all the music and lyrics, fashioning a thoughtful, chromatically sophisticated blend of chamber music abstraction (sample the opening of Guise) and diversely pitched and swinging, precisely executed jazz, with tenorist Dalerud coming on strong on, e.g., Around Here and Blues For The Millenials.

So far, so good. However: it is beyond me how someone whose music evinces such a thoughtful and questioning intelligence could sanction the design of this CD’s inner sleeve, with its minuscule font size served up in red and yellow, green and blue. Never mind alternative facts: how about an alternative approach to matters of legibility and logic in sleeve design?

For organ buffs new to Pat Bianchi, a clue as to what they can expect may come from discovering the guitar-drums support on many...

George Wein, once characterised by the New Yorker’s Lillian Ross as a man “who seemed to be filled with controlled frenzy”, was a music...

The first edition of The Jazz Standards (2012) received unanimous praise from such critics and performers as Will Friedwald, Gerald Early, Dave Brubeck and...

Jazzmen are so unpredictable. Writing on the sleeve of his 1988 Times Like These album. Burton said 'I still don't feel that I'm going...