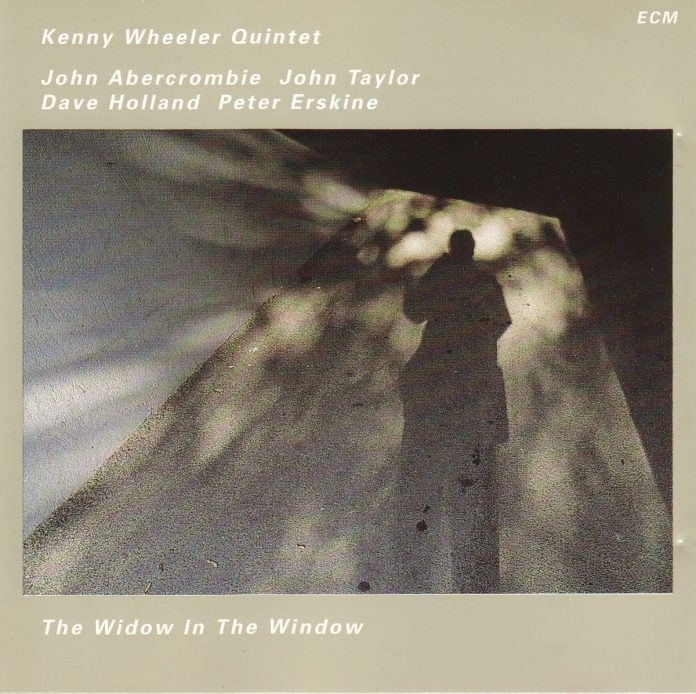 While Kenny Wheeler may not be about to abandon his characteris­tic blend of taut abstraction and melancholy lyricism, this new re­cording (his first for ECM since 1983) has a warmth and focus which has not always been appa­rent in his music. Where other of his work has left tensions un­resolved. The Widow In The Win­dow is relaxed, guardedly opti­mistic, at times even joyful.

Mid-tempo swing, gentle Latin rhythms and poignant ballads provide the framework for the set, and all are developed at a faultlessly well-judged pace. The arrangements are airy, cluttered by nothing more than the pairing of trumpet and guitar, and Wheeler’s solos have a buoyancy and coherence which sometimes seems to elude him. This novel quality is exemplified by the way in which he riffs on a simple motif at the close of his solo on Aspire, as if invoking the collected wis­dom of the jump and swing era.

The record was made shortly after Wheeler’s 19-piece big band completed a British jaunt earlier this year, and it features that group’s rhythm section, playing with a delicacy and empathy which was largely missing from the numbers it played at the Royal Festival Hall on the open­ing night of the tour. The newly energised John Abercrombie gets plenty of personal space, soloing with particular flair on the frank bebop of Hotel Le Hot, while John Taylor, especially in his stately, Chopinesque chord work on Ana, plays with com­manding but understated author­ity.

Rush along to your Wheeler dealer now, and buy with confi­dence; the only possible dis­appointment is finding it out of stock.

Barry Witherden - 15 June 2021
How to categorise this? Watt says: “I’ve really outgrown that genre sh*t. For me, music is music.” Fair enough, but for ease of reviewing I’ll just mention that there...