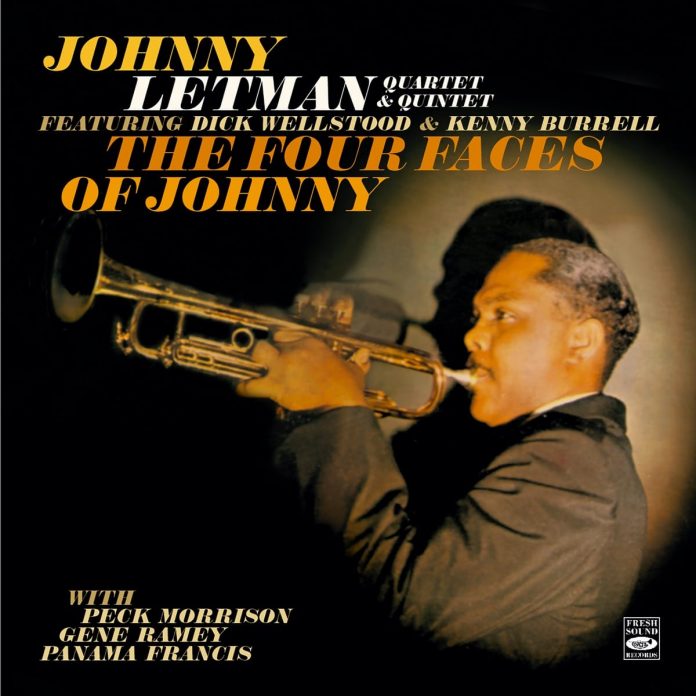 On the face of it this modest little mainstream album doesn’t have classic status, but I was so beguiled by it that I couldn’t resist the four stars. I was immediately roped in with the opening Mabel’s Dream, a rarely used King Oliver tune from the dawn of jazz, and the addition of that timeless jazz musician Kenny Burrell to interpret it had me completely hooked. Dick Wellstood is on top form throughout both these sessions.

Letman’s work was unfamiliar to me until this disc arrived. He seems to have been with a multitude of name bands at the wrong time, and never secured his grasp on the renown he might have expected and certainly deserved. His hard work and suffering led him to be a mainstream trumpeter to rank alongside Roy Eldridge, Buck Clayton, Shavers and the whole catalogue of sub-Louis players. We are guilty of neglect and acquiring this album will go some way to correcting that!

Starting with Nat Cole’s big band in 1933, he played in those of Horace Henderson, Lucky Millinder, Cab Calloway, Count Basie and a multitude of others without being noticed. It seems to have been Albert McCarthy who, in 1958, first paid him any attention. By then he had, like many mainstreamers, compromised in commercial Dixieland bands at well-trodden haunts like The Metropole.

Johnny has a wide range and turns out to be a fine blues player, exemplified by The Four Faces where he shows his influences, notably high-register Louis and Hot Lips Page with growl trumpet that is more agile than Lips was. The bravura eight-minute performance shows how eloquent Letman is, and also harbours a moving Wellstood performance. He sings good jazz on five tracks, including the unlikely Goodnight Irene. His vocals swing, but he hasn’t got a particularly pleasant voice. Irene is brutally awakened with breath-taking declamatory trumpet.

Kenny Burrell is infallible, and contributes mightily to the conversations on the first session. Like Letman and Wellstood he is a man of flowing improvisations, and you’ll be beguiled at once by Mabel and her dream.

I can’t fault this album and urgently recommend it to mainstreamers. How did we ever miss these tracks when they first came out?

Find out more about Johnny Letman: The Four Faces Of Johnny and buy it at freshsoundrecords.com

This is one of a series released by Fresh Sound Records under the banner "Rare and Obscure Jazz Albums. Two hard-to-find LPs are on...

I had John McLaughlin and YouTube to thank at the end of 2020 – the first “annus horribilis” of the pandemic - for drawing...

Steve Beresford has throughout his adult life cheerfully ignored the boundaries marked and the walls erected around musical types, but irking purists, always a...

It's hard to imagine anyone else sing­ing with the school of musicians repre­sented on this record. Norma Winstone seems to have copyrighted her role,...

Johnny Letman: The Four Faces Of Johnny"His hard work and suffering led him to be a mainstream trumpeter to rank alongside Roy Eldridge, Buck Clayton, Shavers and the whole catalogue of sub-Louis players. We are guilty of neglect and acquiring this album will go some way to correcting that!"
Advertisement