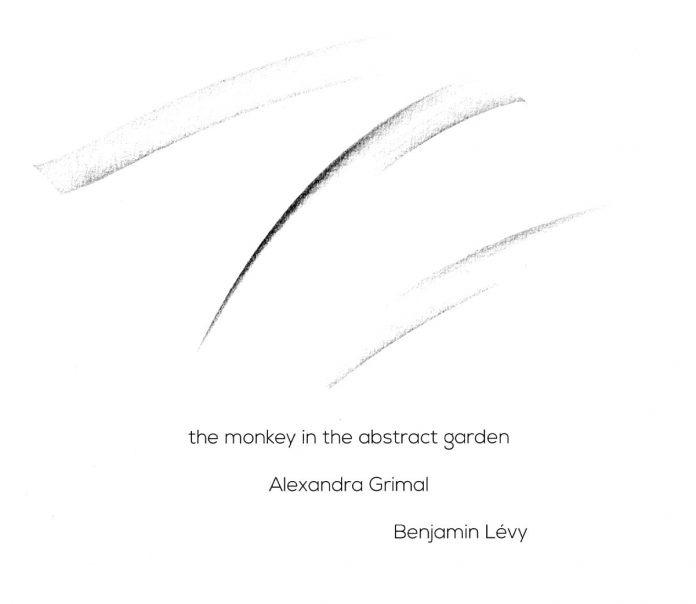 This is a very different proposition from last year’s Nāga, a stunning work for septet which blurred the boundaries between composition and improvisation. The Monkey In The Abstract Garden presents Grimal in a rather more lonely and conceptual space. Described as a two-part improvised diptych for solo soprano saxophone (disc one) and voice and electronics (disc two) this release offers two contrasting but complementary facets of an artist who defiantly refuses to recognise traditional boundaries.

The first part is likely to be of greater interest to the jazz cognoscenti than the meeting with Lévy, not least because it invites certain parallels to the solo recordings of Steve Lacy. Just like Lacy, Grimal largely avoids extended techniques, and her tight melodic lines have an almost geometric logic. Essentially a suite of nine parts, Ma investigates the Japanese notion that intentional spaces and silences between notes can function as negative space.

While each piece carries a superficial uniformity, just like a Robert Ryman monochrome there are subtle variations of density and texture which uniquely define the work. Only during the spiralling improvised flurries on Part VIII does Grimal enter anything like dangerous terrain, and even then she never loses sight of the piece’s pure melodic core. A triumph of focus and discipline, this strangely enigmatic set feels like a significant achievement.

Although the CD booklet lists Grimal as performing with both saxophone and voice, part two is in fact a duo for voice and the electronics of IRCAM artist Benjamin Lévy. Prior to the global lockdown this music was intended to play at a site-specific audio-visual collaboration with artist Antonia Fritche and landscape designer David Simonson at Enghien-Les-Bains arts centre, where Grimal held artistic residency. The absence of the visual dimension throws Grimal and Lévy’s creations into stark relief, and fans of old school electro-acoustics should be handsomely rewarded. The powerfully bleak ambient tundra-scapes of Steppes are particularly strong, Arbres takes us deep into an enchanted forest, Fougéres presents a view from the undergrowth, while Oiseaux is equal parts bio-mimicry and Hitchcockian nightmare.

With each successive release Grimal’s extraordinary world seems to expand. Probably not the best point of entry for newcomers, but longstanding fans should seek it out.

Derek Ansell - 01 November 2020
Haidu’s album is devoted to the music of the late Kenny Kirkland and all the selections, apart from Haidu's Doctor Of Tone, are Kirkland compositions. The session is mainly...