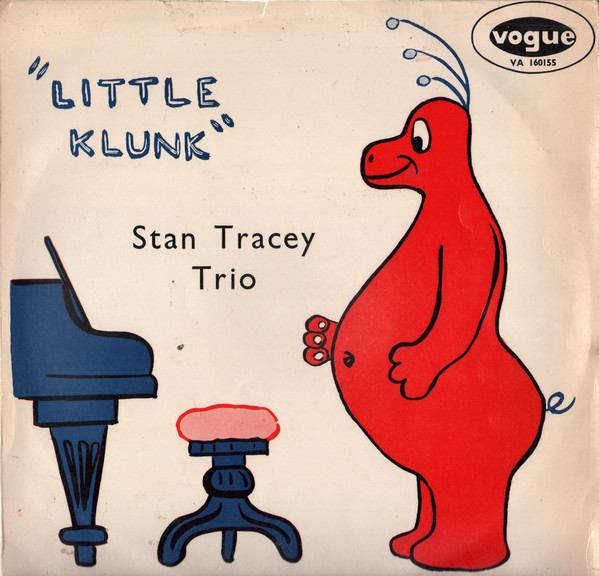 The dominance of the comic strip in popular culture – so much so that some technical instruction manuals are written in this form – is probably a sign of the approaching decrepitude of our society, or something. Klunk is not one of the comic strip heroes it has been my ill fortune to meet, but judging by his appearance he must be among the more abysmal of his kind. The cover of this record is enough to put anyone off.

No doubt the whole idea is based on a sort of pauper’s “Li’l Abner”, and there are some similarities with the set done by Andre Previn. But Previn had several advantages in this game, not the least being the presence of Shelly Manne. I do not feel that Phil Seamen does very much to help this session, for much of the time he seems to clog up the progress with unvarying brushwork, or the throwing of misdirected bombs – a tech­nique rather out of place in this type of jamboree.

All one can say is that the piano is much better than one might have ex­pected from either the sleeve or the titles, but it is not a record about which one can enthuse. I quote from Kenny Graham’s cover note: “He (Tracey) selects notes and chords from the key­board rather like someone choosing hors d’oeuvre.” That sums it up, except that on a few tracks he plays vibes also. If only the drums would stop, one might find it all a little more comfortable.
Graham Boatfield

Michael Tucker - 08 March 2022
“Americans don't care too much for beauty” opined Lou Reed, on the bleak Last Great American Whale from his New York album of 1989. But Rachael Sage does. Born...