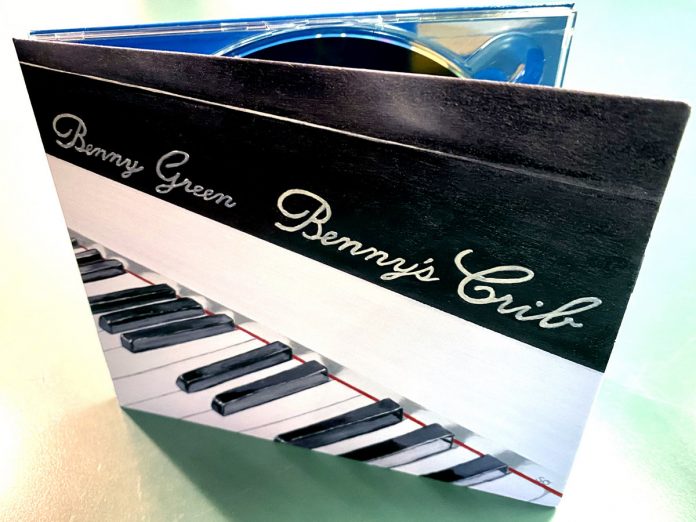 Straight-ahead jazz records with the Fender Rhodes as the centre of interest can be counted on the fingers of one hand. The Rhodes was omnipresent in the classic jazz-funk and fusion era and is commonly used as an extra ingredient in its contemporary extensions. The evenly ringing notes and uniform sound permit none of the percussive touch or dynamic range inherent to respectively the piano and Hammond organ.

Pianist Benny Green, who plays Fender Rhodes on his latest record Benny’s Crib, has not found a final solution to the issue yet navigates through the obstacles by the interesting inclusion of a number of challenging original compositions and covers.

A sophisticated interpretation of vintage fare was to be expected from Green, who is part of that rare breed (including Ethan Iverson and England’s own Simon Spillett) which not only performs high-level jazz but also writes about it with extraordinary depth and insight. Green’s liner notes for the legendary Pablo label are magnificent.

Harold Land, a folksy tune dedicated to the undervalued tenor saxophonist best known for collaborations with Clifford Brown/Max Roach and Bobby Hutcherson, is poignantly marked by the unusual, soft-hued coupling of Fender Rhodes and Annie Drummond’s flute. It features vivacious playing by Green. Central Park South and My Girl Bill are top-notch tunes by Greene and stir up a solid breeze. Guy Wood’s My One And Only Love – one of three solo outings – and the uptempo Benny’s Crib, which features vocals by Veronica Swift, hardly make any wind.

The sound of the Fender Rhodes is soulful and one of a kind. However, in this context it does eventually tend to dull the senses.

Ian Lomax - 01 December 2019
This is a five-disc box set of six albums, spanning nine years (1987-1996) by saxophonist Grover Washington Jr, who is widely recognised as an influential pioneer in the fusion...